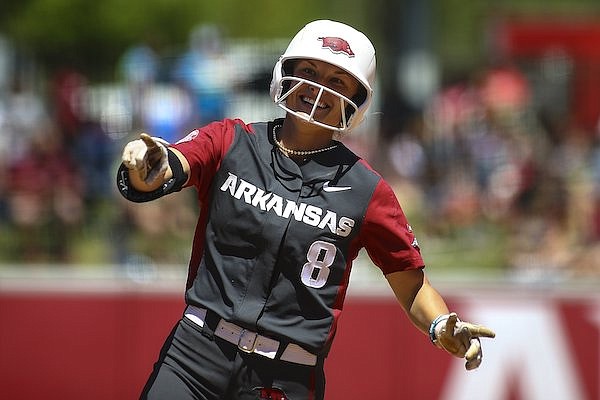 FAYETTEVILLE — Lisa Van Ackeren said her team won’t try to be something it’s not when No. 4 seed Princeton takes on No. 1 seed Arkansas today in the first-round of the NCAA Fayetteville Regional softball tournament at Bogle Park.

More from WholeHogSports: How to watch Arkansas-Princeton

“We’re not going to try and do anything outside of what we have done all year to get to this point,” the Princeton coach said. “I recognize that there are a lot of home runs hit by the teams we’ll be facing, the long ball is a big part of their offensive plan. Our pitchers have given up five home runs this year. So it will be interesting to see what that matchup looks like. Our pitchers see that as an awesome challenge.”

The Razorbacks are in the midst of the best season in program history and are the No. 4 national seed behind Oklahoma, Florida State and Virginia Tech in this year’s NCAA Tournament. In a season of program firsts, No. 4-ranked Arkansas won its first outright SEC championship, its first SEC Tournament championship and KB Sides earned the program’s first SEC Player of the Year award.

Razorbacks Linnie Malkin (20), Danielle Gibson (18) and Hannah Gammill (18) have each hit more home runs individually than Princeton has as a team. Taylor Ellsworth (14) and Sides (12) are not far behind.

Van Ackeren said she knows Arkansas will present her pitching staff with its toughest challenge this season, and likely it’s biggest on-field test since 2019, the last year Princeton played a full softball season until this year. The Tigers canceled the 2020 season after eight games because of the covid-19 pandemic, then last season played only a handful of games as the coronavirus lingered on.

“Something that we have done really well is limit the long ball,” Van Ackeren said. “That’s not to say we won’t give up some this weekend. We might, but regardless they should be prepared to face a staff that is really competitive and is going to find ways to keep the ball in the ballpark and get outs.”

Arkansas Coach Courtney Deifel said the Fayetteville regional is packed with teams that swing big bats and have put up impressive home run totals, but her team does not live by the long ball alone.

“It’s definitely a huge part of three of the teams’ games,” Deifel said. “But a huge part pf Princeton’s defensive approach is to limit the long ball. So I don’t know that it’s something that we are going to be able to rely on. If numbers tell us anything, it’s not going to be. So that’s where I really like that our team knows different ways to win.

“Just looking at the SEC Tournament, our three games were very different. This team doesn’t just rely on one thing or one person or one area. And that’s why I think they have so much confidence.”

The winner of today’s game, which is sold out according to university officials, will take on the winner of the second game which features Oregon against Wichita State. Those two teams are scheduled to square off at 7:30 p.m.