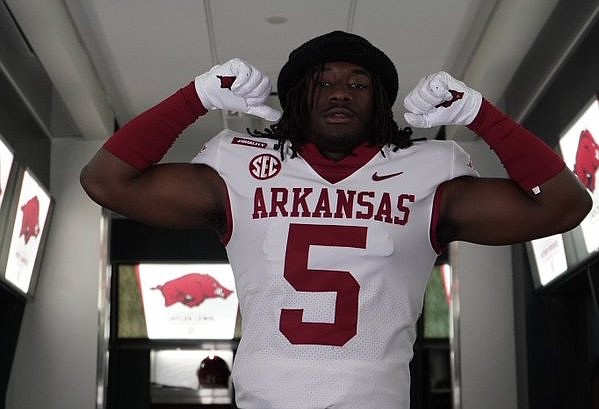 Linebacker Alex Sanford received an offer from Arkansas on Tuesday and now has an official visit set for Fayetteville.

“This offer was unexplainable really, because me and the coaches have been in contact for a little bit now and so when they offered me I was beyond excited,” Sanford said.

He and his family visited the Razorbacks on March 12.

“What stood out about Arkansas was the type of environment they surrounded me and my family with,” he said. “When I got there it was nothing but love. They made sure I was in good hands.”

He could see himself playing for Arkansas linebackers coach Michael Scherer should he become a Razorback.

“Coach Scherer is a great coach and he is a person who is going to keep it real. I wouldn’t mind playing for someone like that,” Sanford said.

Sanford helped lead Oxford to the Class 6A North state title as a sophomore and the semifinals last year. He plans to officially visit the Razorbacks in June.