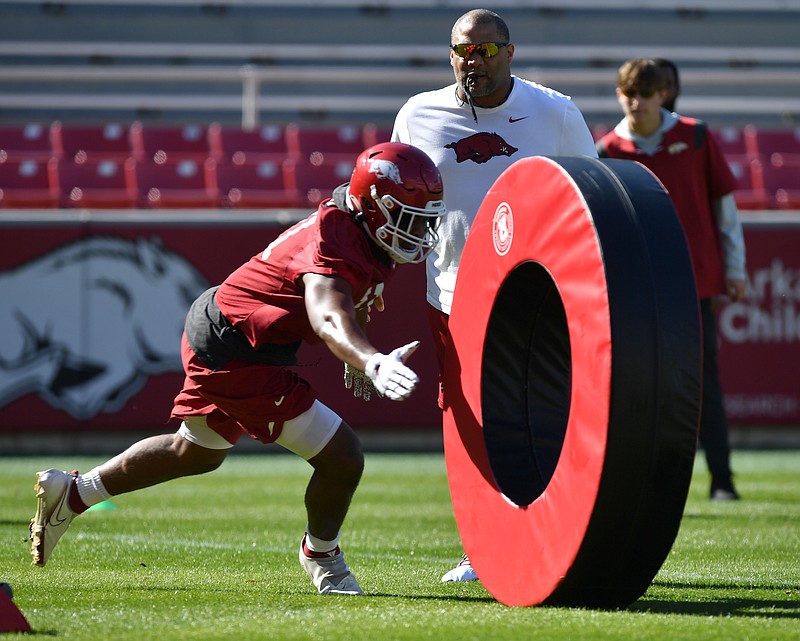 Arkansas football is expected to host a Big 12 commitment for an official visit this weekend.

He has 42 tackles, 8 tackles for loss and 3 sacks in 8 games this season. He played his junior season at IMG Academy in Florida.

His father, Phillip Benton, played linebacker at Georgia in the early 1990s.