Kiffin always does what it takes to win 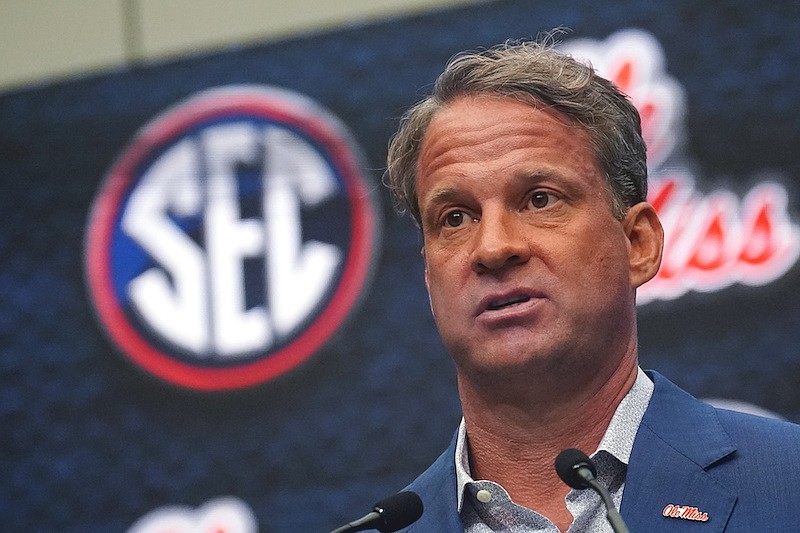 Ole Miss is another example of how impactful the transfer portal can be.

Of course, anyone familiar with Rebels head coach Lane Kiffin knew he would be on the cutting edge of anything to do with recruiting.

The Rebels ranked No. 2 in the nation in portal recruiting, behind only USC, which ironically lost two strong players to Ole Miss.

Quarterback Jaxson Dart and tight end Michael Trigg are former Trojans who have made the transition to the SEC and are part of a transformation for Kiffin.

Kiffin was one of the hurry-up-and-throw-it guys.

His reputation was fast, furious and through the air whenever possible.

Darrell Royal, the late great Texas coach, once said when you throw the ball three things can happen and two of them are bad.

Kiffin’s approach has been three things can happen and one of them can be great.

The Rebels still throw the ball and Dart has completed 150 of 247 attempts for 2,173 yards, 15 touchdowns and 7 interceptions.

Now, though the Rebels have incredible balance, don’t confuse that with predictable. Kiffin is still an unconventional play caller, which makes them hard to guard.

The balance has allowed them to convert 72 of 141 third downs (51%) and 10 of 21 fourth downs (48%), and if the Arkansas Razorbacks can’t get them off the field this Saturday night in Fayetteville, it won’t matter how cold the temperatures are.

The Rebels’ leading receiver with 38 catches is Malik Heath, who transferred from Mississippi State.

Kiffin also got the defense some help in transfers Troy Brown, a linebacker from Central Michigan who leads the team in tackles with 71.

Jared Ivy transferred from Georgia Tech and is in the defensive rotation and has 16 tackles, 4.5 for loss.

Teams had success on the ground against the Rebels, but after losing to LSU and Alabama, they are blitzing more on run downs and are third in the SEC in sacks behind Arkansas and Alabama.

What is shaping up to be showdown is at running back.

Arkansas’ Raheim “Rocket” Sanders had led the league rushing until last Saturday when LSU held him to 46 yards dropping his per game average to 114.7, while Rebel Quinshon Judkins was getting 135 against Alabama to raise his average to 117.1 and take over as the No. 1 rusher in the league.

The change at Ole Miss from pass happy and your offense is your defense to a balanced attack with more emphasis on defense is not shocking.

Kiffin is a really good coach. He grew up with the game.

His dad, Monte Kiffin, was considered one of the best defensive coordinators in football whether it was college — where he helped the Razorbacks beat Oklahoma 31-6 in the 1978 Orange Bowl — or the NFL.

Lane Kiffin was on Arkansas’ radar when it hired Sam Pittman, but so were a lot of coaches as the Razorbacks wanted a thorough search.

Kiffin has come a long way since being fired at USC. He spent three seasons working for Nick Saban at Alabama before becoming head coach at Florida Atlantic and posting a 26-13 record.

This is his third season with the Rebels and he is 23-10 overall and 14-9 in SEC play, and the guy who was thought to be too flamboyant, too one-dimensional in his coaching, is the hottest name in the country for other jobs.

It is said he is No. 1 on several program’s wish list and a big part of that is his unconventional play-calling.