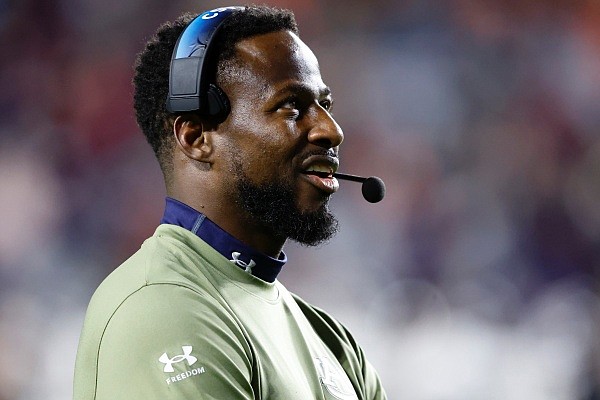 A weekend like this one is why the SEC will go to a nine-game conference schedule.

There are six non-conference games and none of them interesting, which makes ESPN and CBS very unhappy. Pickings are so slim that CBS took Georgia at Kentucky as its primetime game.

There will be more third-team players seeing action Saturday than blowouts at the Indy 500.

I'm going to take the Arkansas loss to LSU, even though it was written the Razorbacks couldn’t win without KJ Jefferson. That proved to be accurate.

Including that loss, these picks went 6-2 last week to bring the season total to 76-23.

Here are this week’s predictions:

An interesting game and probably the SEC game of the day. The Razorback defense needs to play back to last week’s game. Rebels will score but can they stop KJ Jefferson? Arkansas 31-28

Both teams are 1-5 in Sun Belt play and 3-7 overall, but there is a human interest element. Bobcat quarterback Layne Hatcher, from Little Rock, is the former starting quarterback for the Red Wolves. Also on the line is a likely last-place finish. Texas State 35-27

This game is so uninteresting the Crimson Tide makes a rare appearance on SEC Network-Plus at 11 a.m. Alabama 63-10

Not an automatic win for the Tigers. The Hilltoppers are riding a two-game win streak. Carnell “Cadillac’ Williams is auditioning for Auburn’s head coaching job. Auburn 31-17

The only morning conference game and the Commodores need this one to have any hopes for a bowl game. Gators have won two in a row and trying to finish strong to help recruiting. Florida 35-17

All the Bulldogs are looking for now is to not beat themselves and get into the SEC Championship Game undefeated. Wildcats have had a disappointing season, but are bowl eligible and would love to take down the No. 1 team in the country. Georgia 35-24

The Blazers can light up most teams, but the Tigers are proving every week they are not most teams. After escaping Arkansas last week, LSU will return to normal and have this one in hand midway through the third quarter. LSU 42-21

Only the most loyal of Bulldog fans can get excited about this one in Starkvegas. The Buccaneers closed the program from 2003 to 2015 and it shows. They are 3-7 this season with wins over Mars Hill, Robert Morris and VMI. Mississippi State 49-0

The Aggies are an independent FBS school that is known for being willing to play anyone anywhere for the money. The Tigers are known as a great research/journalism school that is trying to rebuild its football program. That will appear to start today. Missouri 35-17

The Gamecocks sell out every game and this crowd will be loud and proud through much of the first quarter. The Vols are eyeing the College Football Playoffs. Tennessee 49-24

Not even the Aggies can mess this one up. The Minutemen are 1-9 and have been outscored in the losses 296-117, and it probably seemed worse. Texas A&M 45-9

Mike Beard, who pitched for the Atlanta Braves for seven seasons, has died.

Beard, 72, played football and basketball at Little Rock Central before being recruited by the University of Texas, where he was part of the three-man pitching rotation and was on three teams that played in the College World Series.