SEC to begin basketball challenge with ACC in 2023-24 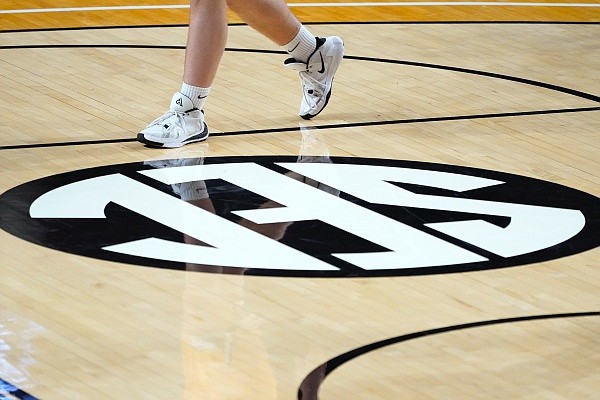 A player runs by the SEC logo in the second half of an NCAA college basketball game between Vanderbilt and Valparaiso Friday, Nov. 27, 2020, in Nashville, Tenn. Vanderbilt won 77-71. (AP Photo/Mark Humphrey)

The SEC and ACC will begin an inter-league challenge in men’s and women’s basketball during the 2023-24 season, the leagues and ESPN announced Monday.

According to a release, all 28 games played will air on an ESPN platform. Matchups and game times will be announced at a later date.

“We are excited women’s and men’s basketball student-athletes will have the opportunity to compete with their colleagues from the ACC as we initiate a new Basketball Challenge experience,” SEC Commissioner Greg Sankey said in the release. “I appreciate the collaboration of Jim Phillips and the ACC members, along with our broadcast partner ESPN, to make possible the SEC/ACC Basketball Challenge which will provide our fans with exciting basketball early in the 2023-24 season.

“I also thank the Big 12 for the many great challenge games we experienced together in past years.”

The ACC also is ending its long-held challenge with the Big Ten, which was established for men’s basketball in 1999. The final men’s and women’s challenge will be played this week.

Arkansas was not included in the event during the 2021-22 season.