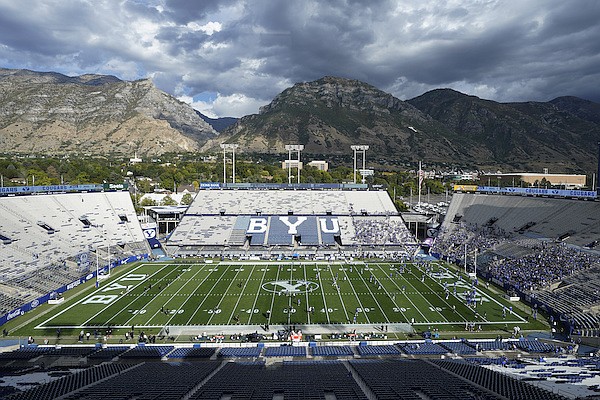 FAYETTEVILLE — Arkansas' game at BYU will kick off at 2:30 p.m. Central on Oct. 15, but a network will not be finalized until this weekend.

The game will be televised by either ABC or ESPN. A game between Oklahoma State and TCU is also being considered for the same time slots.

BYU (4-1) is ranked No. 16 in this week's Associated Press Top 25 poll. The Cougars are scheduled to play Notre Dame in Las Vegas on Saturday.

Arkansas (3-2) fell out of the AP poll following its 49-26 home loss to top-ranked Alabama. The Razorbacks are scheduled to play at No. 23 Mississippi State on Saturday.

The BYU game will be the last in a seven-week stretch of games before an open week for Arkansas. It will also be the Razorbacks' first game at BYU or in the state of Utah.

Arkansas and BYU are playing as part of a two-year agreement that will require the Cougars to play in Fayetteville next season. BYU is in its final year as a Division I independent and will join the Big 12 next year.