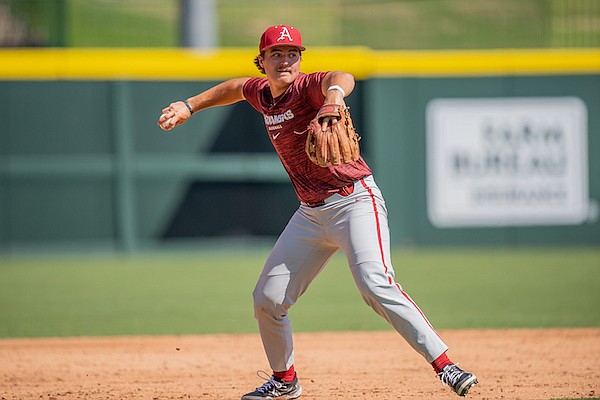 The teams will also play a seven-inning scrimmage next Thursday beginning at 4 p.m. Both scrimmages will be free to attend and gates will open one hour prior to first pitch.

Concession stands will be open both days and no outside food or drink will be permitted except for in the left-field Hog Pen. Premium-seating areas will be closed to the public.

Kumar Rocker, a former right-handed pitcher at Vanderbilt who was drafted by the Rangers in the first round this year, is also listed on the roster, but Rocker was recently assigned to the Arizona Fall League.

The scrimmages against the Rangers will be Arkansas' only against outside competition during its fall practice season, which began in early September and concludes later this month. The Razorbacks have not scrimmaged any teams since 2019 exhibition games against Oklahoma and Oklahoma State.