Unique Leach knows how to coach 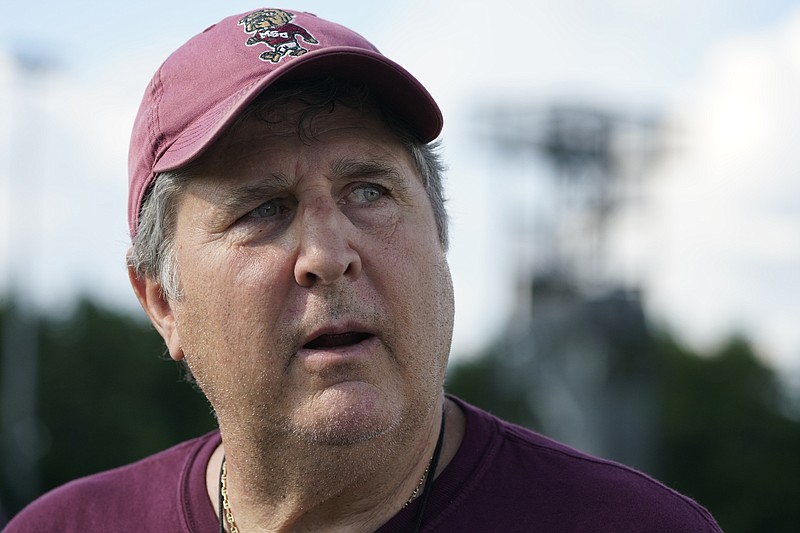 Games at Davis Wade Stadium in Starkville, Miss., are tough for visitors.

There are those irritating cowbells, a loud, proud crowd and it is not an easy destination to get to. Oh, it is a nice little town but still a hard place to get to.

The good thing is Saturday’s Arkansas-Mississippi State game isn’t being played on paper.

The Bulldogs rank better in most statistics than the Hogs and the key ones are obvious, which is why the Razorbacks are 71/2-point underdogs.

State is the SEC’s fourth best passing team in efficiency, having completed 175 of 239 passes — yes, it averages almost 41 passes per game — for 1,733 yards and 19 touchdowns. The attempts and touchdowns are the most of any team in the SEC. For comparison, Georgia is second in attempts with 190 (and they oddly lead the league in field goals with 13).

Arkansas is next to last in passing defense, having allowed 96 completions on 168 attempts and allowed 7 touchdowns. If not for Vanderbilt, the Razorbacks would be last.

This was going to be a difficult game with KJ Jefferson, and if he doesn’t play it becomes downright hard.

That’s not a commentary on the back-ups, but Jefferson is clearly the starter for several reasons.

For the Razorbacks to have a chance, they may have to score a lot of points, more than the 32 per game they are averaging. They are third in the SEC in rushing, averaging 232.4 yards per game.

State is sixth in the league at stopping the run allowing an average of 118 yards per game.

With Jefferson, the Hogs do average 226.2 yards passing, so he and the balanced offense keep defenses honest.

The unknown is always MSU head coach Mike Leach, a brilliant offensive mind that works at warp speed and is like Lou Holtz was, and that’s unpredictable.

During a football news conference, Leach has discussed his favorite Halloween candy. One can only wonder if this game was on Halloween would he come dressed as a pirate.

Sometimes there is no rhyme or reason to what the coach known as the “Pirate” calls, but it works most of the time.

In 10 seasons, he led the Red Raiders to a 84-43 overall record and took them to a bowl game every season.

He was fired, he sued and that’s all water under the bridge.

He was not as successful with the Cougars but did go 55-47 and made it to 6 bowl games. In his last season with Washington State, the Cougars were 6-7, and he got out of Dodge as fast as he could.

Sometime before he landed in Starkville he showed interest in the Arkansas job, but then-athletic director Jeff Long was not interested in him.

Leach was reported to be on Arkansas’ short list after Chad Morris was fired, but apparently he had no interest in the job anymore.

So he went to Mississippi State which doesn’t seem like a natural fit for a guy raised in California, was educated at Brigham Young, where he allegedly played rugby, and got his law degree from Pepperdine.

The Bulldogs are 4-1 this season with the only loss coming at LSU, when the Tigers scored 21 unanswered points in the fourth quarter for a 31-16 win.

Of course, Arkansas’ loss to A&M was another factor in State being favored.

The Bulldogs are better on paper, although they haven’t played the Razorbacks’ schedule, but the difference won’t be in coaching. Injuries could play a role, especially if it is a high-scoring game.