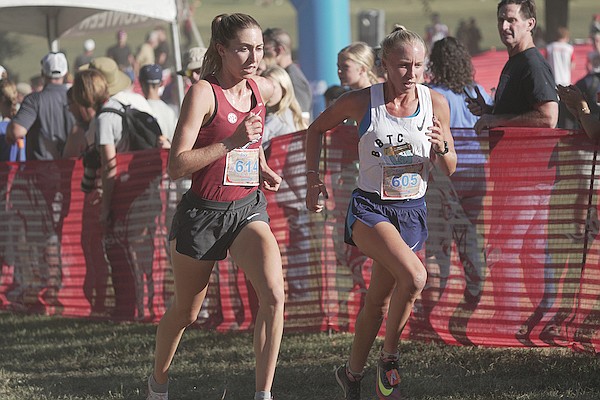 The University of Arkansas women’s and men’s cross country teams will get in their final competition this weekend before the SEC Championships.

The No. 14 Arkansas women will run today at the Nuttycombe Wisconsin Invitational today in Madison, Wis., and the No. 21 UA men will run Saturday at Oklahoma State’s Weis-Crockett Invitational in Stillwater, Okla.

Today, the Razorbacks will be among a women’s field for the 6,000-meter race that has 25 of the nation’s top 30 ranked teams.

“It’s loaded at Wisconsin,” Arkansas women’s Coach Lance Harter said. “We need to experience that caliber of competition. We’ll see a preview of what we’re going to see at the national championships.”

The Razorbacks plan to run their full team, including senior Katie McCune, a transfer from Drury who has recovered from a foot injury.

Arkansas will be led by junior Isabel Van Camp, who won the Chile Pepper title in Fayetteville two weeks ago.

Competition for the Arkansas men’s team includes No. 2 Oklahoma State, which will host the NCAA Championships on Nov. 19.

The UA women ran a full team at Stillwater earlier this season, but Saturday will be the first time the full Razorbacks’ men’s team will run on course.

“We have two goals,” Arkansas men’s Coach Chris Bucknam said. “The first is to run against some great competition. Number two is just to get on this course to preview it for the national meet.”

The 8,000-meter race for the men will feature plenty of hills.

“I like the toughness of the course,” Bucknam said. “It’s very challenging.”

Sophomore Patrick Kiprop has emerged as the Razorbacks’ lead runner. He finished second at the Chile Pepper. Also competing for top spots on the team are freshman Ben Shearer, juniors Myles Richter and Josh Shearer and senior Jacob McLeod.

“Patrick Kiprop is our lead guy,” Bucknam said. “Now we’re waiting for our second, third, fourth, and fifth guys to really step up and go to the next level.”