Publication tabs Smith as national newcomer of the year 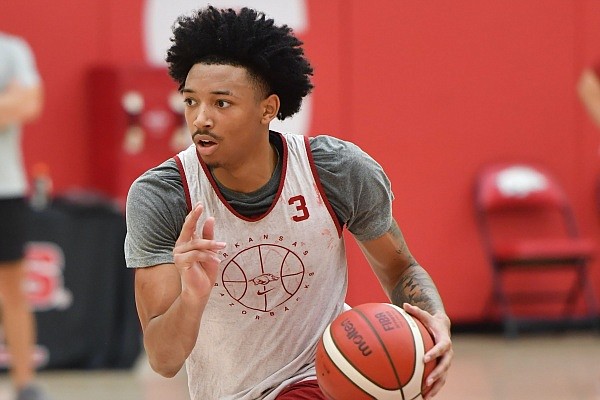 FAYETTEVILLE — University of Arkansas freshman guard Nick Smith has been selected as the preseason National Newcomer of the Year by Blue Ribbon College Basketball Yearbook.

Smith, who is from Jacksonville and played at North Little Rock High School, also was a first-team All-SEC pick by Blue Ribbon and a fourth team All-American selection.

Arkansas is ranked No. 6 nationally in Blue Ribbon’s preseason poll behind No. 1 North Carolina, No. 2 Gonzaga, No. 3 Kentucky, No. 4 Houston and No. 5 Duke.

Smith averaged 26.5 points, 8.0 rebounds and 7.3 assists per game last season in leading North Little Rock to the Class 6A state championship. He was selected by USA Today as the national player of the year.