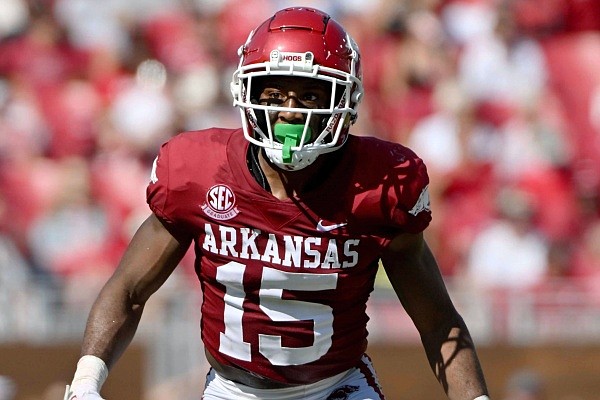 For Sam Pittman’s 2020 Razorbacks, Catalon lived up to Morris’ hype. Catalon netted first-team All-SEC, third-team All-America and was a semifinalist for the Jim Thorpe Award, which is given annually to the nation’s most outstanding defensive back.

Meanwhile, out of Pine Bluff, safety Simeon Blair in 2018 wasn’t offered a scholarship by the Morris regime. He walked on.

A three-year letterman after redshirting, Blair played special teams for Morris in 2019. Under Pittman, Blair earned a scholarship and started 11 times into three years.

“Seeing Blair was the next-highest vote getter for captain, we made him a captain yesterday in our team meeting,” Pittman said after Arkansas defeated South Carolina 44-30 on Saturday in both teams’ SEC opener. “The team was ecstatic about that. Cat had talked to me about it that since he won’t be able to come back this year, that it would be nice if Blair was able to be a captain. It’s just right, because he was the next vote getter.”

Seems the Razorbacks previously looked to Blair’s leadership alongside Catalon. They especially did when Catalon exited injured during Arkansas’ 31-24 victory over Cincinnati.

“I’m very vocal even with Cat is out there,” Blair said. “I just love getting the team going, bringing that spark, bringing that energy to make them want to play harder and harder.”

Improving the secondary is primary, Pittman and Blair said.

But the secondary sports some primary accomplishments. Blair’s third on the team 12 tackles for two games include a key open-field red-zone stop for a loss prompting a missed Cincinnati field goal.

“It’s kind of hard,” Pittman said, “for me to go, ‘Woe are we,' whenever we've got a guy who started a lot of games for the national champions.”

Or lament promoting a captain emerged the hard way.