Contingencies in place after ticket outage 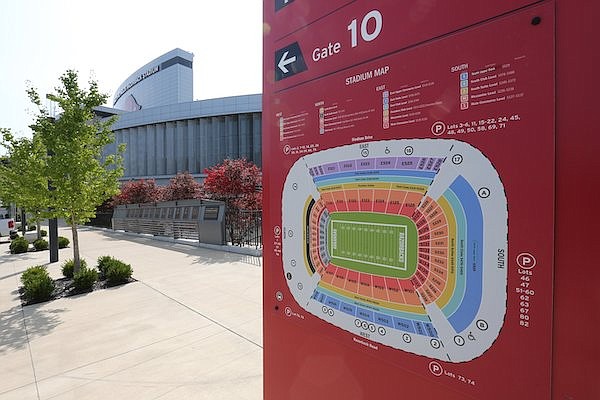 An entrance to Reynolds Razorback Stadium is shown Thursday, Sept. 17, 2020, in Fayetteville.

FAYETTEVILLE — Some fans who attended Arkansas’ football game against South Carolina last Saturday were affected by an outage for the technology company that handles the Razorbacks’ digital ticketing.

According to The Associated Press, at least eight other schools — Nebraska, Oklahoma, Georgia Tech, Pittsburgh, UCLA, Wisconsin, Michigan and Cincinnati — reported problems with their digital ticketing between late morning and 3:30 p.m. last Saturday. All schools are partnered with Paciolan, a California-based company that reports it has 125 clients, including 75% of Power 5 teams.

Kevin Trainor, a senior associate athletics director at Arkansas, wrote in an email that a system-wide outage like the one last week had not occurred previously.

“Our event management staff worked to get fans into the game efficiently even with the mitigating circumstances,” Trainor wrote. “Fan feedback through our post-game survey indicated that the adjustments made between (the Cincinnati game on Sept. 3 and last week’s game) made for a more efficient entry, even with some impact from the outage.”

In light of last week’s outage, Trainor said a template has been built that will allow the Razorbacks to send those who have purchased tickets an entry pass via email.

“We have been encouraging our fans throughout the preseason and first two games to download tickets before they get to the stadium,” Trainor wrote. “While there is WiFi at the stadium, based on the volume of fans and depending on the coverage area, downloading tickets may be more difficult on site.”

According to AP, last week’s outage led StubHub to suspend secondary ticket sales until the Paciolan issue was resolved. AP reported that the problem with Paciolan wasn’t clear.