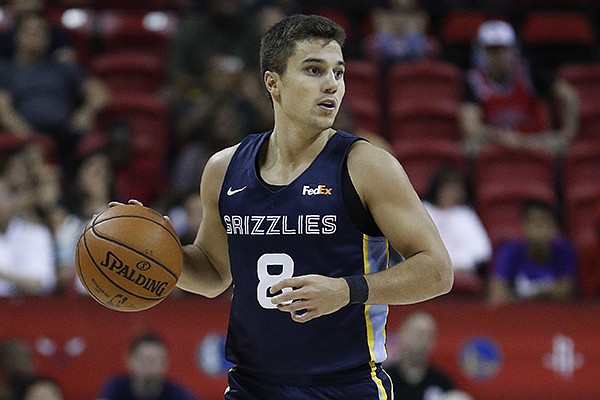 Terms of the agreement were not disclosed, but Anthony Slater, who covers the franchise and NBA for The Athletic, reported Hannahs is on a “sign-and-waive Exhibit-10 deal.” Hannahs likely will play for the team’s G League affiliate in Santa Cruz, Calif, Slater wrote in a tweet.

An Exhibit-10 deal is a one-year, minimum-salary contract that counts toward a team’s 20-man offseason roster limit. It does not count against the team’s salary cap unless the player lands on the regular-season roster.

Hannahs, a Little Rock native, last season averaged 13.6 points, 1.7 rebounds and 1.6 assists in 21.7 minutes with the Adelaide 36ers of the National Basketball League in Australia. In 13 games and nine starts with the Santa Cruz Warriors during the 2020-21 G League season, he put up 11.5 points per outing.

Hannahs has averaged 14.3 points per game in his G League career, which includes time with the Memphis Hustle.

He played in four NBA games with the Memphis Grizzlies during the 2018-19 and 2019-20 seasons. Hannahs averaged five points per game.