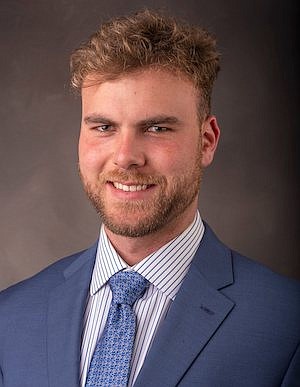 Bell spent the past year working primarily with the Elon baseball and women’s lacrosse programs, and assisted with the school's football team. He replaces Blaine Kinsley, who spent five seasons at Arkansas before he resigned this summer to take a job in the Chicago Cubs’ organization.

“We’re excited for Coach Bell to join our staff,” Arkansas coach Dave Van Horn said in a statement. “After a thorough and extensive search, his passion for working with student-athletes and his innovative approach to strength training and development stood out the most. He’ll be a great asset to our program.”

Bell played college baseball at Hinds (Miss.) Community College from 2015-16 and Arkansas-Monticello from 2017-18. He earned a degree in exercise science from UAM.

From 2018-20, Bell had internships with the football programs at Mississippi State, Ole Miss and TCU, as well as the TCU basketball and baseball teams.

He has also served as a graduate assistant at Missouri State, and worked with various programs at Copiah-Lincoln (Miss.) Community College and Tennessee-Chattanooga before he was hired at Elon last October.