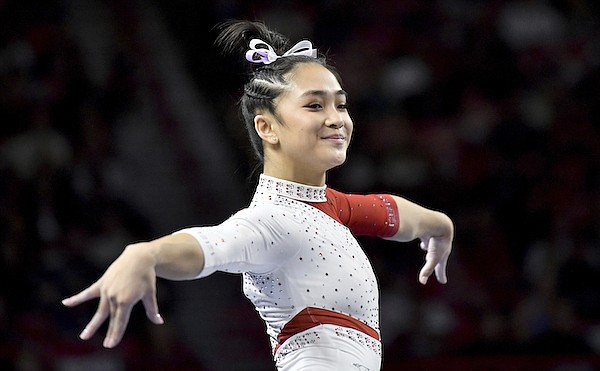 The University of Arkansas gymnastics team kicked its season off on a high note as the Razorbacks defeated Nebraska 196.225-195.000 in Lincoln, Neb., on Saturday.

The Razorbacks outscored the Cornhuskers on vault, bars, and floor, and are now 4-5 all-time against Nebraska.

The meet also marked the second straight season-opening win for the Hogs.

Graduate transfer Norah Flatley took home the bars title with a score of 9.900 and a share of vault, on which she scored a 9.850.

Redshirt freshman Frankie Price and freshman Lauren Williams both scored a 9.875 in their Arkansas floor debuts, which earned them a piece of a three-way tie for first place.

Arkansas makes its home debut Friday against Alabama at Barnhill Arena in Fayetteville.