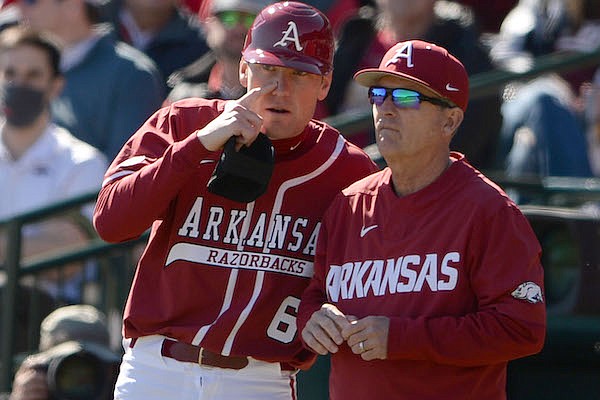 Baseball and softball are among the 19 sports sponsored by the Razorbacks. The university also has a club ice hockey team that is unaffiliated with the athletics department and does not compete within the NCAA framework.

Arkansas baseball head coach Dave Van Horn and softball head coach Courtney Deifel have lobbied for the change in the size of coaching staffs, currently capped at one head coach and two assistants. A previous proposal to expand staff sizes was voted down in 2019.

Volunteer coaches perform many of the same duties as full-time assistants, but are not compensated for their work or provided healthcare benefits. They make a living through work as counselors at team-run camps or by coaching private youth lessons.

“I think it’s a big first move to some big changes that I think need to happen in our sport,” Deifel said. “So many of us rely on volunteers and we’re asking someone to put the same level of commitment and do it for free or get paid through a camp just to offset the duties that our student-athletes deserve. I think that’s a really big ask. Being able to at least be in position to give them security, compensate them, do those things and then split the duties a little more, it’s really big for our sport and it’s big for our program.”

Van Horn has cited a disproportionate number of coaches to athletes in baseball, which has an in-season roster of 35 players — nearly 12 times the number of full-time coaches. The new rule will lower that ratio to around nine players for every one coach.

Nate Thompson, the Razorbacks’ baseball hitting coach and recruiting coordinator, was a volunteer assistant coach at Nebraska from 2008-10. He said he can remember hearing talk of eliminating the volunteer positions 20 yers ago.

“There are so many volunteers that do the work and it's like a full-time job for no benefits," Thompson said.

It is too early to know who the Razorbacks will hire to fill the third assistant positions on the baseball and softball staffs. The expectation is for some programs in those sports to elevate existing volunteer coaches.

Bobby Wernes, a former Razorback player, is entering his third season as the baseball volunteer coach, and the softball team has a first-year volunteer in former Arizona standout Reyna Carranco.

“I think that the biggest thing in terms of the vote is just we get another guy out on the road (recruiting), where without the the vote, you'd have…three guys out on the road,” Wernes said.

Wernes gained recruiting experience last summer after receiving a waiver from the NCAA.

“I think Bobby does a great job,” Van Horn said. “Players like him. He can coach and we feel like the recruiting is going to be what he likes to do as well.

“Bobby turned down two to three pro jobs every year here, and one of them making a lot of money…some really big positions to stay here.”

Arkansas’ baseball volunteer position has been a springboard for multiple coaches to advance their career. Among those with that title on their resume are Arkansas-Little Rock head coach Chris Curry, Tennessee hitting coach Josh Elander and Craig Parry, who recently was hired to a hitting coordinator position in the Toronto Blue Jays’ organization after four seasons as an assistant coach at Abilene Christian.

“I just feel so fortunate to be able to do this here,” Wernes said. “I know there's so many people that would love to be in this position.”

The volunteer position has come under scrutiny not only from coaches, but in the courts. It is at the heart of a class-action lawsuit filed in the U.S. District Court of Eastern California in November 2022.

Taylor Smart, the volunteer at Arkansas during the 2019 and 2020 seasons, is the named plaintiff in Smart et al v. NCAA, which alleges the NCAA illegally fixes the income for volunteer assistants.

The 20-page lawsuit seeks to recoup monetary damages in an amount to be proved at trial and seeks to change NCAA rules related to the size of coaching staffs.