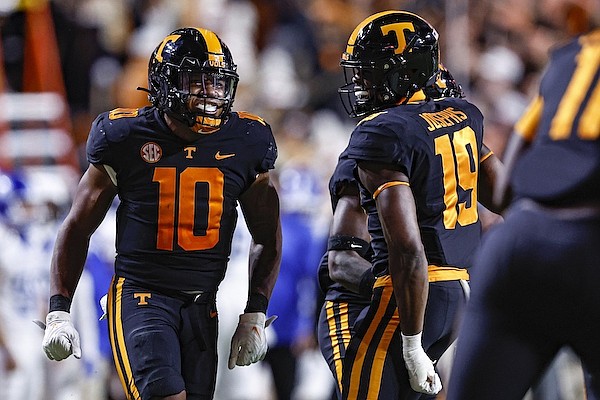 Arkansas hosted an SEC defender for an official visit the past two days.

He played this season at Tennessee and reportedly entered the NCAA transfer portal on Monday. He was a part-time starter for the Volunteers this season and recorded 43 tackles and one interception.

Mitchell had 8 starts in 13 games over 2 seasons and missed most of the 2021 season with a shoulder injury. He transferred to Tennessee from Texas after two seasons.

He signed with Texas out of Butler Community College in Kansas and was ESPN's No. 2 junior college prospect in 2018. Mitchell started 13 of 21 games at Texas and led the team with 62 tackles during the 2020 season.

He also had 4.5 tackles for loss, 1 quarterback hurry, 1 pass breakup and 1 fumble recovery.

Mitchell said he would make a decision on Monday.

A New Jersey native, Mitchell has one season of eligibility remaining.