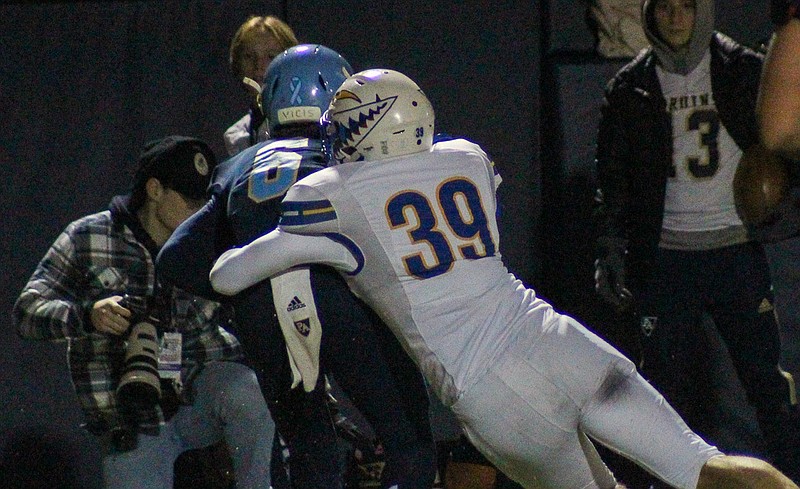 On Wednesdays we feature an in-state prospect who could be flying under the radar of college coaches. This week's UTR prospect is Mountain Home’s Robert Dover.

“He’s probably a 4.70 electronic (40 yard dash). He’s strong for never really lifting weights. He’s a three sport-athlete. He was an All State discus thrower last year. He was All State in the decathlon as a sophomore. He was in the top 10. He’s just an athlete. He doesn’t have a lot of time for the weight room but he’s still the strongest guy on the team. He probably gets a third of the weight room that everybody (else gets)."