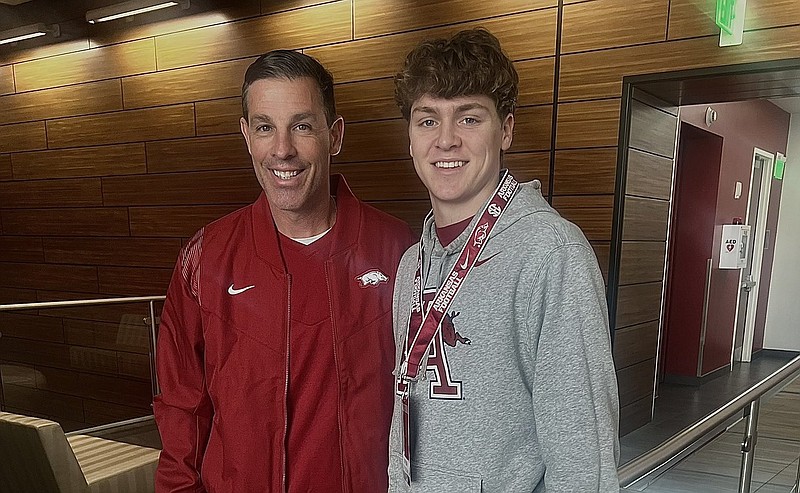 "Man, I loved it,” Odom said. “Coach Enos has a plethora of guys under him that he’s coached that’s in the NFL, and he’s a QB guru and he knows what it’s like to win at Arkansas and win at other places. I like him a lot. It was really awesome today. I was really glad I was able to make it.”

Odom, 6-0 and 175 pounds, has 10 offers from Arkansas, Texas A&M, Purdue, Louisville, Nebraska, Penn State, Texas-San Antonio and others. He received his offer from the Razorbacks last summer.

He and numerous other recruits took in the Hogs’ Prospect Day. While Enos didn’t get into his offensive philosophy, he and Odom spoke about other things.

“We didn’t get that deep into the conversation,” Odom said. “We just talked about what my future might look like and (how) his recruiting is going and stuff like that, but I hope to talk with him again soon.”

He plans to make his way to Las Vegas soon to join his family and is planning visits in the spring.

“I’m going to move out to Las Vegas in about of month and I still have to decide where I’m visiting, but right now probably visit Louisville, Michigan State, South Carolina, LSU, Texas and a few others,” he said.

He wants to enroll at his new high school and get ready for spring practice.

“I want to get out there and start getting to know some people,” Odom said.