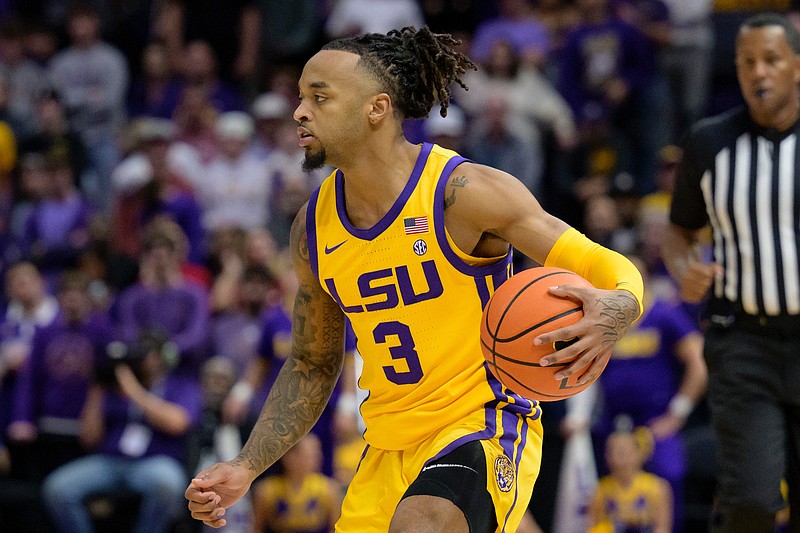 FAYETTEVILLE — There isn’t expected to be an Arkansas homecoming for LSU point guard Justice Hill tonight in Bud Walton Arena.

Hill, a senior from Little Rock Christian who originally signed with Arkansas and was an early enrollee in January 2019, is expected to miss his third consecutive game for personal reasons. LSU coach Matt McMahon has stressed Hill is not missing games because of any disciplinary issues.

“We want what’s best for our players,” McMahon said after Hill missed his first game last week when Auburn won 67-49 at LSU. “Justice stepped away from the team for the time being for personal reasons.”

There is no timetable for when Hill might return to the team, according to McMahon.

“We’ll see how it proceeds as we move forward from here,” McMahon said.

Hill, who transferred from Murray State this year after playing two seasons with the Racers with McMahon as their coach, started 16 of LSU’s first 17 games and averaged 6.9 points, 3.5 assists, 2.0 rebounds and 26.6 minutes.

In November 2018, Hill became the final Arkansas signee for coach Mike Anderson, who was fired after the 2018-19 season.

Hill enrolled at Arkansas in January 2019 and practiced with the Razorbacks during the spring semester.

After Eric Musselman was hired from Nevada, Hill entered the transfer portal and played as a freshman at Salt Lake City Community College in Utah before going to Murray State.

Arkansas 6-10 senior Makhel Mitchell is listed as day-to-day, according to a UA spokesman, after he injured his right foot in the Razorbacks’ 69-57 victory over Ole Miss on Saturday.

Mitchell had 4 points, 5 rebounds, 2 blocked shots and 2 steals in 21 minutes against the Rebels.

The Razorbacks will wear pink uniforms and the coaching staff will be in pink polo shirts and shoes for tonight’s game as part of “Coaches vs. Cancer Suits And Sneakers Week.”

All fans in the arena’s lower bowl will receive a pink pompom and the American Cancer Society will pass out “I Suit Up For” cards at the entrances for fans to fill out with the name of someone they know who has battled or is currently battling cancer.

Danyelle Musselman, wife of Arkansas coach Eric Musselman, will be presented the St. George Award by the American Cancer Society for her work as a philanthropic leader in the community and for helping raise over $1 million with the Suits and Sneakers campaign.

The St. George Award is one of the highest volunteer honors of the American Cancer Society.