Razorbacks ‘right there’ after OT loss 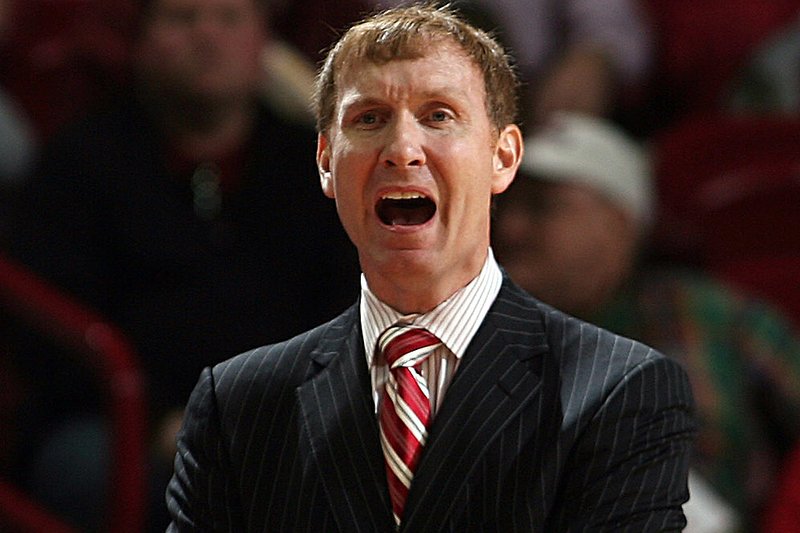 The Razorbacks’ 81-74 loss at South Carolina on Wednesday night dropped them to 0-3 in overtime games this season. They also have gone overtime in losses to Alabama-Birmingham (70-65) at North Little Rock and to Texas A&M (71-62) in Dallas.

Arkansas (12-5, 2-2 SEC) has lost three overtime games in a season for the first time in at least 65 years according to game-by-game annual results in the basketball media guide.

The Razorbacks were 3-0 in overtime games last season - with victories at home over Appalachian State, Missouri State and Auburn - to match their most overtime victories in a season. They were 3-0 in 1976-1977 and 3-1 in 1994-1995, including victories in the NCAA Tournament over Syracuse and Memphis.

“When you get that close, you can just touch it and taste it,” Arkansas Coach John Pelphrey said Thursday, reviewing his team’s latest overtime loss. “I thought our kids left their hearts out there on the floor. They really competed.”

Pelphrey, who has an 8-9 record in overtime games at South Alabama and Arkansas, said he didn’t know how to respond when asked if the basketball gods have turned against the Razorbacks in overtime this season after their three victories in extra time a year ago.

“We’ve gotten outplayed in overtime,”Pelphrey said. “Hopefully, we’ll play better in regulation and we won’t have to go to overtime.”

“We’ve obviously struggled scoring the ball in overtime and our opponents have not,” Pelphrey said.

The Razorbacks failed to score on their first four overtime possessions at South Carolina, including a missed shot by Marshawn Powell, and a turnover when Mardracus Wade was called for traveling after grabbing a rebound when a South Carolina player knocked him to the floor. After two missed free throws and a missed shot by Powell, Rotnei Clarke missed a threepointer.

On a later overtime possession, Arkansas’ Jeff Peterson also had a shot he put off the backboard blocked by Sam Muldrow, but goal-tending wasn’t called.

“It wasn’t like we were turning it over or shooting airballs,” Pelphrey said. “Our execution was pretty good. Their defense was just better.”

Powell led the Razorbacks with a season-high 21 points.

“We fought hard, but we’ve got to get a lot better,” Powell said.

Pelphrey said it was a “very, very hard-fought game” when asked about what appeared to be some questionable officiating calls.

“We just need a little bit more from everybody,” Pelphrey said of his message to the players. “One or two more rebounds, one more dive on the floor, one more free throw, one more blockout.

“I’m not asking somebody to go from the eighth or ninth man on the team to be a firstteam all-league player. We just need everybody to do another inch more. We’re right there.”