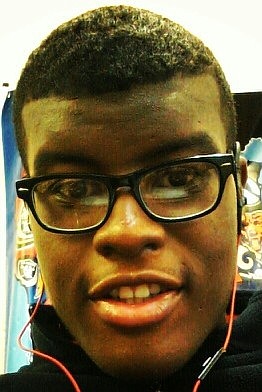 Arkansas is hosting four prospects on official visits and will welcome 11 more today for visits.

Updates on the incoming and outgoing visitors will be posted during the day.

Shreveport Evangel defensive back Santos Ramirez, an Arkansas commitment, is on the road to Fayetteville and is expected to arrive soon for his official visit.

It has been confirmed that Jared Cornelius has flipped to TCU.

Receiver commitment Torrance Mosley of Geismar (La.) Dutchtown missed his flight this morning and will arrive sometime during the football banquet tonight. The banquet starts at 5.

This was the first time for Mosley to fly. His teammate/receiver Corey McBride made the flight and is on schedule.

Shreveport Evangel defensive back Santos Ramirez has arrived for his visit.

Safety Payton Hendrix of Dallas Bishop Dunn has arrived for his visit.

Rogers linebacker Zack Wary has arrived. Oklahoma State made an in-home visit last night but has not offer at this time.

Highly touted receiver Frank Iheanacho said his official visit boosted the Hogs' chances of landing him. He seemed surprised by what Arkansas had to offer. Very glad he made the trip.

He said the coaching staff and fan base were some of the highlights of the trip. He said the team made him feel at home.

Iheanacho, 6-7, 220, of Houston Westside, was hosted by running back Jonathan Williams.He previously made official visits to LSU and Texas A&M. Left this afternoon to go to Oregon.

He said Ducks will be his last visit. Plans to announce at the U.S. Army All American game.

Former Arkansas receiver commitment Jared Cornelius told Damon Sayles of ESPN he made an official visit to TCU from Wednesday until today. He told Sayles he "loved the whole vibe" of TCU.

Before the start of his visit, defensive back commitment Santos Ramirez said Cornelius flipping to TCU has no impact on him.