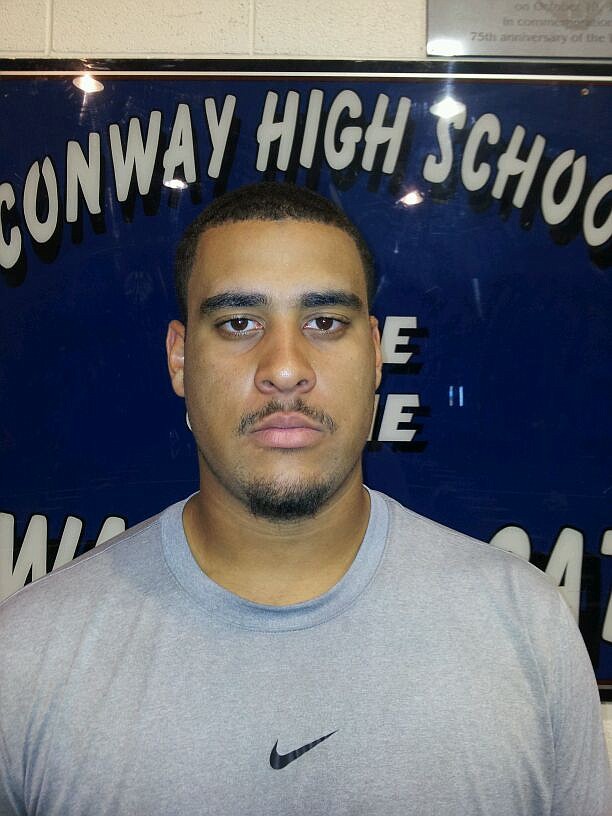 Arkansas is expected to host a good number of top prospects this weekend and junior offensive lineman Colton Jackson will likely be one of the better looking athletes making the trip.

Jackson, 6-6, 291 pounds of Conway didn’t see much of the field last year while playing behind mammoth Bryton Booher, who signed with Arkansas Tech.

“The thing they talked to me about is the way he can bend being that big of a body,” Ashcraft said. “He can still bend his knees and get down low. That’s one of the things they’ve constantly talked about from watching him.”

Jackson, who has played basketball in the past, devoted his time with the football team during the off-season and the results have been impressive.

“When we got him last year he was a little over 240, 250,” Ashcraft said. “He’s probably put on the little over 45 pounds over the last 12 months. His strength is really gotten better. I know it sounds crazy but he’s got two more years. I think that’s one thing they’re seeing that there’s a lot of upside to him.”

Jackson visited Arkansas earlier in the year with several other top in-state and out-of-state prospects. He bench presses his weight.

Ashcraft said Central Arkansas extended a scholarship offer after seeing him at the Bears' team camp.

“The fact that he didn’t play last year is one of the reasons why he’s kind of under the radar,” Ashcraft said.

After seeing Jackson during the spring, college coaches were surprised to learn he was carrying 290 pounds on his frame.

“He doesn’t look look like it,” Ashcraft said. “Everyone of the coaches said that he doesn’t look it and they were saying that’s a good thing. He doesn’t have a belly, he’s a flat belly kid. He’s a good-looking kid.”