Vanover is a big deal 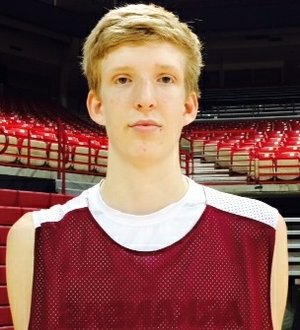 Standing 7 foot-1 and weighing 180 pounds, he showed good mobility and the ability to run the floor along with a nice shooting touch inside and outside of the three-point line.

“I am doing pretty good on my shooting, but I need to do better on ball handling and my post moves and things like that,” Vanover said.

Vanover played for the 15-under Arkansas Wings Elite this summer and put up good numbers in several events, including the AAU Boys Division I National Championship held in central Arkansas.

“It’s been pretty cool,” Vanover said. “I didn’t ever think I would have a video going out, so many people watching it, people writing about me.”

“It’s just been a good experience, including getting to hang out and work with John Lucas,” He said.

Vanover, who has grown seven inches in about 10 months, said his parents are both 6-3 and has two older brothers that rival his height.

“One that is 6-10 that plays basketball and one that is 7-foot-1 and doesn’t play basketball,” Vanover said. “They are 17 and are twins.”

His upbringing has helped him stay level headed.

“I am constantly reminded by my parents and other people to keep my head right and keep the right things in mind,” Vanover said. “I have a long way to go, but I am blessed with the opportunities that I have in front of me.”

The 14 year old Vanover appreciated the chance to work with Coach Mike Anderson and his staff.

“I like these coaches and they seem really nice and want to help other people work hard to get better,” Vanover said. “I can potentially see myself playing here.”

With his size and ability to shoot the ball and block shots, Vanover has the tools to play on the next level, but knows he needs to add weight and strength.

“I am trying to gain more weight,” Vanover said. “I’m having a nutrition plan developed for myself so I can gain more weight. I have protein shakes after every workout and a nightly shake.”