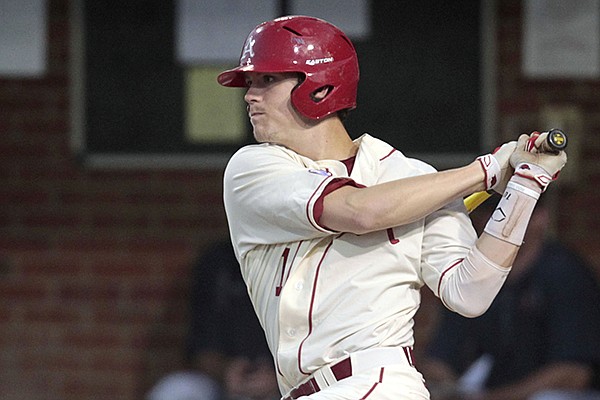 FAYETTEVILLE — Arkansas' baseball season ended Sunday night with a loss in the regional final at Virginia.

Now the Razorbacks turn their focus to the MLB Draft, which begins Thursday. Arkansas could have as many as 14 underclassmen drafted by professional baseball, while the program's acclaimed signing class will likely also take a hit.

Juniors Brian Anderson, Chris Oliver and Jalen Beeks are all rated among the top 125 draft prospects by Baseball America and will undoubtedly sign professional contracts to end their collegiate careers. Nearly a dozen other players such as Tyler Spoon, Eric Fisher, Joe Serrano, Jacob Stone and Michael Gunn are draft-eligible.

Players with only one year of eligibility remaining typically sign professional contracts so as to not lose their negotiating leverage with their respective franchises. The decision is a bit tougher for draft-eligible players with multiple years of eligibility, such as the redshirt sophomore Spoon, who can come back to improve draft stock without sacrificing bargaining power.

Spoon will be the most interesting of Arkansas' current players to watch prior to the signing deadline in mid-July. The outfielder had a dip in offensive production after a freshman all-American campaign, but made several highlight reel catches from his defensive positions in center and right field.

Serrano, an outfielder, and shortstop Brett McAfee will also have tough decisions to make. Serrano likely won't be taken until later in the second day of the draft, while McAfee has injury concerns stemming from a back problem that forced him to miss the final two-plus months of the season. 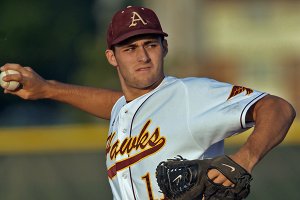 Arkansas has three signees rated among Baseball America's top 200 prospects. The group is headlined by right-handed pitcher Keaton McKinney from Ankeny, Iowa. McKinney is projected to be taken in the second or third round of the draft.

The first round and compensation round of the draft will be carried by MLB Network on Thursday. Rounds 3-10 will take place Friday and the draft concludes with rounds 11-40 Saturday.