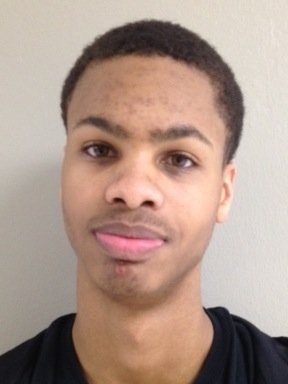 Sophomore forward Mitchell Smith of Van Buren is a promising prospect who has the tools needed to play beyond high school.

“He's had a great year,” Van Buren head coach Randy Loyd said. “He has made a big step from last year and, of course, as a ninth-grader you don't expect a whole lot, but he still helped us win a lot of games. This year he has really become the man. If we need points around the basket, we are going to throw it to him. He makes plays.”

Smith, who weighed about 170 pounds last year, needs to add more weight and strength along with tweaking his game.

“His thing from here on out, the next two years, is how strong can he get, how much weight can he put on,” Loyd said. “Skill-wise, he's there. He can still improve. His perimeter game has got to be a little bit better with his shooting, but once he does that, the sky is the limit for him.”

He moved to Arkansas in 2007 from Macon, Georgia and has grown fond of Coach Mike Anderson and the Hogs.

“I love Arkansas,” said Smith, who averaged 14.6 points and 7.1 rebounds during the season. “I love how they play. They play fast and that is how I like to play. I like to run up and down the court and get dunks, lay ups and steals. They are doing real good this season, looks like they are going to the (NCAA) Tournament and maybe one day I will be a Hog.”

Smith’s recruiting is expected to take off after playing for the Arkansas Wings this summer.

“Really it's just Arkansas right now,” Loyd said. “They are the only ones that have been in, but his name is not out there. He is going to play some AAU ball this summer and coaches will see him and see how much he has developed from last year to this year and I expect a lot more next year at this time.”

After participating in spring and summer basketball last year, Smith saw where he needed to improve.

“I played up with the 18 year olds and playing against them got me a lot stronger,” said Smith, who reports scholarship offers from Arkansas- Fort Smith and Ouachita Baptist. “I saw I couldn't be weak in this league if I wanted to be good. So I really went at in the weight room and started getting more physical and working on my jump hooks and my post game and I really feel like it has come along this year.”

Loyd sees a bigger Smith in the coming years.

Smith has rooted for Georgia Tech, Kansas and Arkansas while growing up.

“Everyone wants to be a Hog when you see the way they play,” said Smith, whose father played soccer for Georgia Tech. “A lot of people go watch him. I love Coach Anderson. I like his coaching style. He gets wins and I like to play fast.”