Wilson to practice with Bears 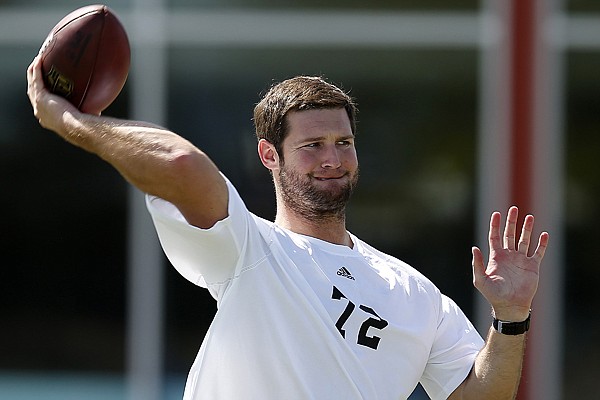 Wilson announced the news Monday on "The Morning Rush," a show he co-hosts on ESPN Radio in Arkansas. Wilson hasn't been on an NFL roster since last August when he was released by the Cincinnati Bengals in the preseason.

Wilson was a fourth-round draft pick of the Oakland Raiders in 2013, but was cut by the franchise before the season ended. He signed with the Tennessee Titans in December 2013, but was released last August before his brief stint with the Bengals.

He has not played in any regular season games as a professional. He played in two preseason games for the Bengals last summer, completing 10 of 18 passes for 112 yards and a touchdown to his former college teammate Cobi Hamilton.

Chicago's quarterbacks coach is Dowell Loggains, who was offensive coordinator for the Titans when the franchise signed Wilson two years ago. Loggains was a walk-on quarterback at Arkansas from 2000-04.