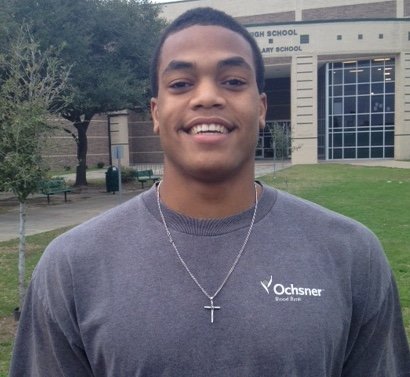 Running back Rakeem Boyd is a big fan of Arkansas’ offensive philosophy and believes he's a good fit for the Hogs’ rushing attack.

He said an offer from the Razorbacks would place them high on his list.

“They would stand pretty high because that’s my type of offense,” Boyd said. “That’s my style, you know going straight downhill.”

He rushed 194 times for 1,996 yards and 24 touchdowns as a junior and was named 19-5A District Co-MVP. He has a couple of visits in mind for the near future, but isn’t close to a decision.

“Michigan, I’m looking to go up there and maybe Mizzou,” Boyd said. “I’m not sure yet, but I’m open. My recruiting is open right now.”

In early January, Boyd was awaiting his first scholarship offer and then the flood gates opened and the offers started coming in.

“They just came like in a two week span I had five and the next week I five again,” Boyd said. “It's just been going crazy.”

College coaches often reach out to prospect by direct message on Twitter. While that can be a positive, recruits often over do it by tweeting at all day, including during school hours.

Boyd’s coach urged him to limit his time on Twitter and not let it be a distraction.