Belk Bowl worth nearly $400,000 in bonuses to football staff 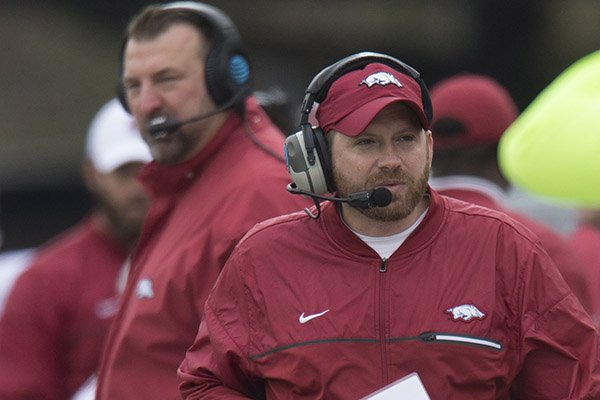 FAYETTEVILLE — Arkansas' appearance in the Belk Bowl is worth big money to the Razorbacks' football coaching staff.

The staff will be paid an estimated $390,416 in cumulative bowl bonuses, according to figures calculated by WholeHogSports.com.

Base monthly salaries were determined by dividing the coaches' annual salaries by 12. Taxes were not figured in the calculation of bowl bonuses.

Bielema, Herbert and the assistant coaches have a combined annual salary of $8.37 million.

Arkansas' nine full-time assistants also received an extra month's salary for appearing in the Liberty Bowl last season and Texas Bowl in 2014, according to contracts.

It's unclear whether other football staffers receive bonuses for the bowl game.