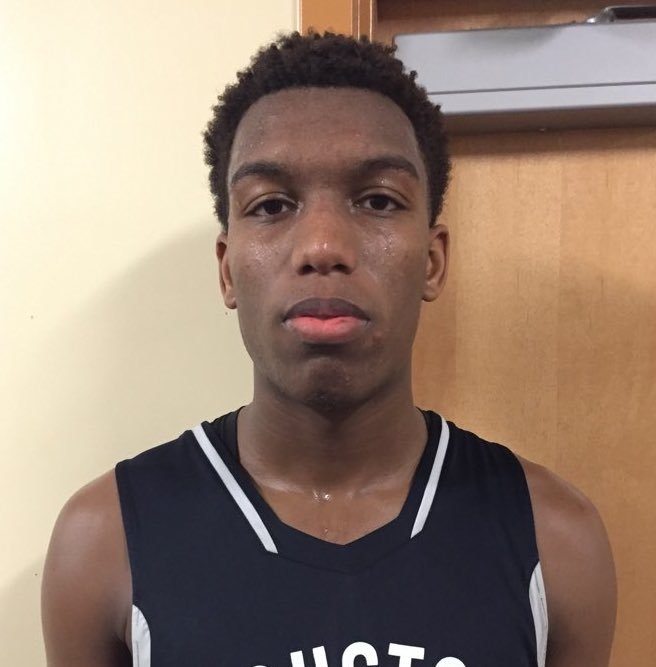 LAS VEGAS — Arkansas is taking a hard look at Houston Hoopstars forward Fabian White, who has about 14 scholarship offers.

White, 6-7, 212 pounds will be a senior for Kingwood, (Texas) Atascocita High School in the upcoming school year. He lists scholarship offers from schools like TCU, SMU, Houston, Memphis and Boise State, but would welcome one from the Hogs.

“They said they love watching me play and every time they watch me they see something more special,” White said.

Arkansas associate head coach Melvin Watkins watched White and the Hoopstars in the FAB 48 tournament on Friday. After the game, he received a text from Watkins.

“He said he loved watching me play and continue playing hard and I’ll keep watching you,” White said.

He said his game is similar to Golden State forward Draymond Green.

TCU is high on his list, but White said an offer from the Hogs would help their cause.

Arkansas’ up-tempo style of play is what interests White.