Saling won't play for Razorbacks in 2016 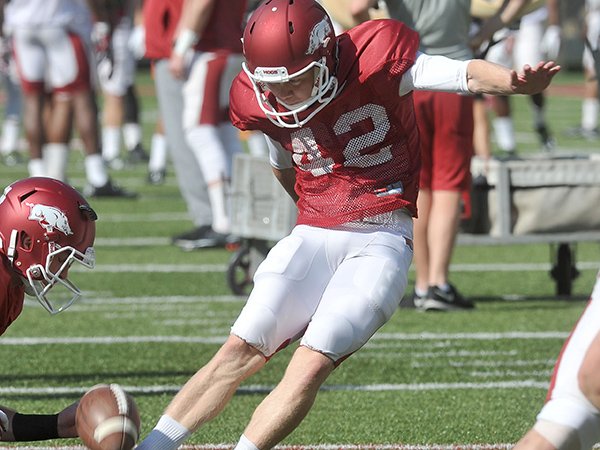 Saling is not posted on the Razorbacks’ current roster and apparently plans other pursuits, a UA spokesman confirmed Sunday.

Saling, of Owasso, Okla., has been an SEC honor roll student in finance.

Saling redshirted in 2013 and played just one game in 2014 with three kickoffs and a PAT mopping up a 73-7 nonconference rout of Nicholls State.

In 2015, Saling recorded 11 touchbacks among his 70 kickoffs. He recorded one tackle on the kickoff team last and participated in place-kicking and kickoff competition with Cole Hedlund and Adam McFain last spring.

McFain, a senior from Greenwood, was Arkansas' main kickoff man/place-kicker in 2014, but was injured much of 2015 and kicked off twice last year.