Aaron Hayden comments on his son's commitment on Recruiting Thursday 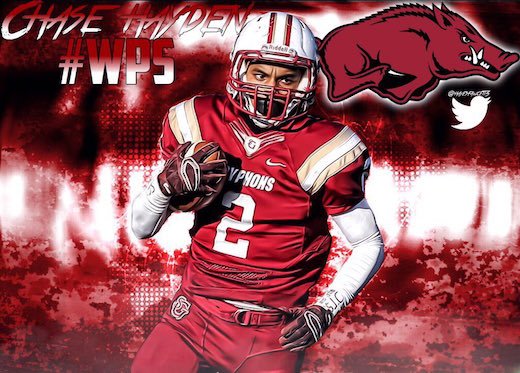 Aaron Hayden, father of Arkansas running back commitment Chase Hayden, joined Recruiting Thursday to discuss his son's decision to be a Razorback.

Hayden, 5-11, 185 pounds, 4.47 seconds in the 40-yard dash, of Collierville (Tenn.) St. George's Independent School, chose Arkansas over Oklahoma State, Missouri, Michigan, Florida, Tennessee, Nebraska and others about a week ago.

Aaron, who played running back for Tennessee from 1992-1994 and was a fourth-round draft pick of the San Diego Chargers in 1995, praised Coach Bret Bielema, the student-athlete development and several other parts of the program at Arkansas.