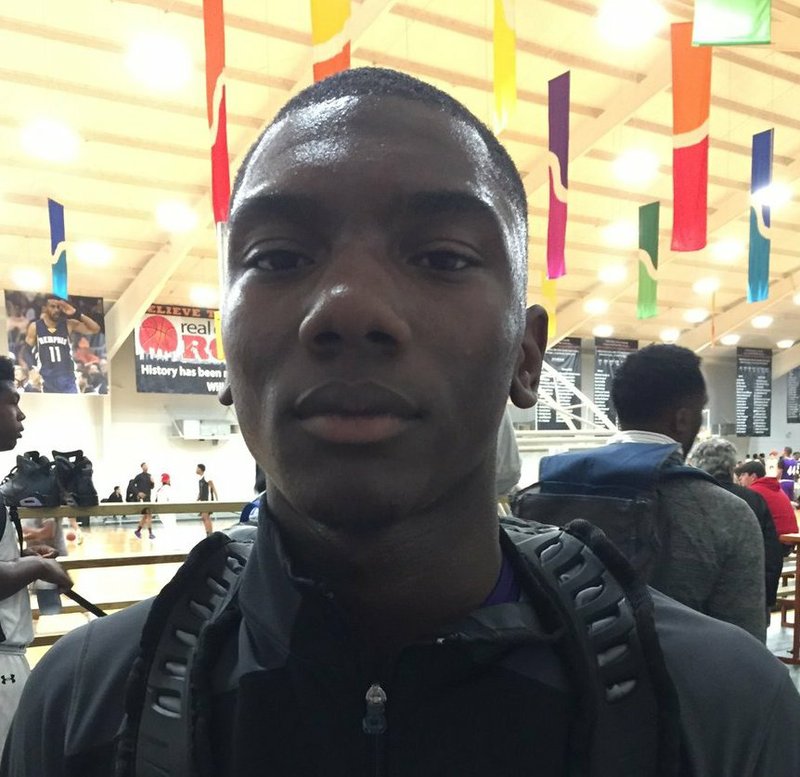 The Real Deal in the Rock basketball tournament had it’s fair share of impressive point guards and Louisiana Elite’s Tyrese Radford was one of them.

Arkansas assistant Scotty Thurman has been in contact with the Radford, who is a quick and efficient ball handler.

He averaged 14.7 points and 4.8 rebounds while shooting better than 58 percent from the field for the 16-under Louisiana Elite last year.

Radford, 6-2, 185 pounds is drawing interest from Arkansas, Nebraska, Alabama- Birmingham and others. He’s familiar with Thurman’s playing days and that helps his interest in the Hogs.

“First it’s Scotty Thurman, I know about him when he use to play,” Radford said.

His father has informed Radford about the Louisiana native.

“One thing he said about Scotty Thurman was when he was shooting when he was on he was on,” Radford said. “He would walk across half court to shoot it.”

Radford said Thurman being Louisiana is a plus.

“It really does,” he said. “The connection we have, we’re both from Louisiana. He texts me and wants me to come there in the future. I have to take a visit to see how it is out there.”

He’s relentless and fearless going to the basket and uses his leaping ability and body control to score over much larger defenders.