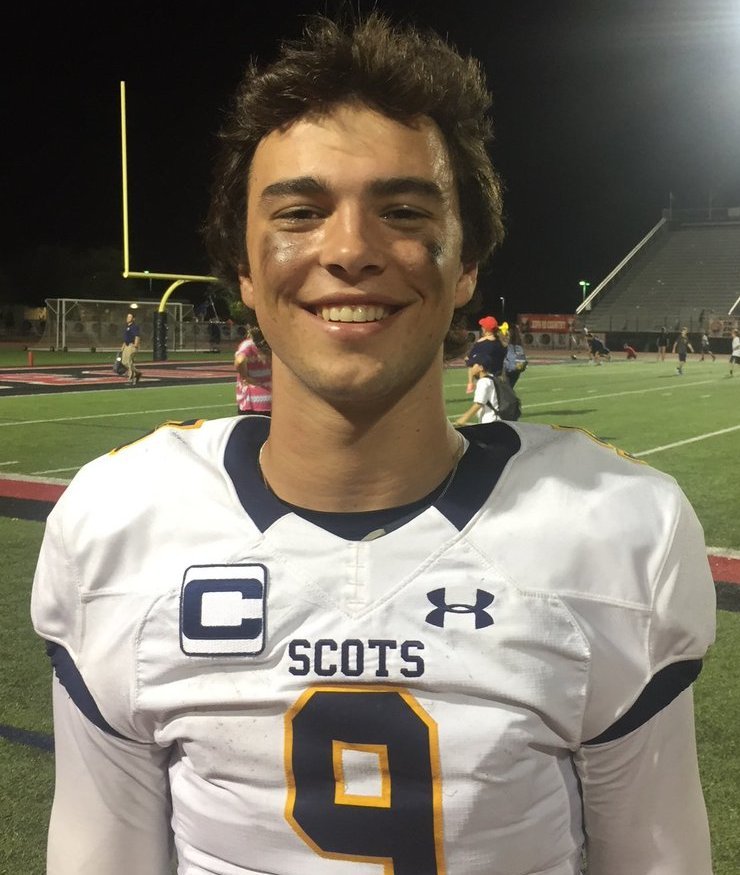 Jones, 5-101/2, 185, 4.6 seconds in the 40 yard dash, of Highland Park in Dallas also has scholarship offers from Texas Tech, Jacksonville and Davidson.

He competed 20 of 30 passes for 226 yards while rushing 11 times for 53 yards and 2 touchdowns in a 37-35 victory over Mansfield Lake Ridge in the state quarterfinals Friday night with Morris in attendance.

"I've been talking to Coach Morris while he was at SMU," Jones said. "While he was there he said we're going to wait and talk until after my season is over and then once he moved to Arkansas we texted back and forth congrats and he said I want you here with me. He came and watched me play last night and we talked after the game and I called him later that night and offered me a blueshirt scholarship."

As a blueshirt, Jones would pay his own way and go through team activities for a semester, then go on scholarship for the following year.

"I'm just thrilled to be able to have the opportunity to play there," Jones said."It's a dream come true...since I was a little kid. It's just an honor."

Jones led Highland Park to the Class 5A Division II state championship as a junior when he completed 202 of 335 passes for 3,017 yards, 30 touchdowns and 7 interceptions. He also had 119 carries for 278 yards and 4 touchdowns.