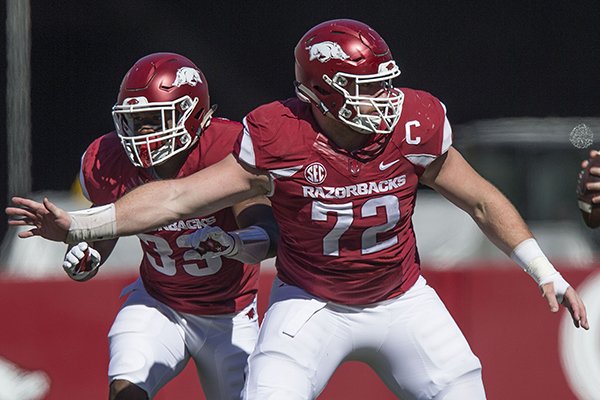 The senior was a stalwart on the Razorbacks' offensive line all four seasons he was on campus and started the final 33 games of his career. His senior season was cut short after he sustained a high-ankle sprain in an Oct. 21 loss to Auburn, but AP voters still recognized his excellence despite him missing the Hogs' final five games.

Ragnow was also a second-team All-SEC selection by AP voters.