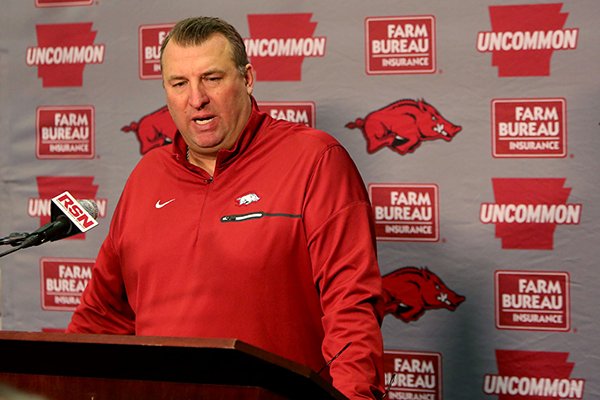 One of Arkansas' newest football offers has ties to the state and the university.

Highly regraded outside linebacker Byron Hobbs, 6-5, 210 of Fort Worth, (Texas) Eastern Hills High School talked to Coach Bret Bielema on Wednesday and was told he had an offer from the Hogs. His father is from Wilmot and attended Arkansas. He said his father became real emotional when he received the offer.

Hobbs, whose grandfather still lives in Arkansas, said he plans to visit Fayetteville very soon. He also has offers from Oklahoma, Texas, Ole Miss, Oklahoma State, TCU, Minnesota and others. He recorded 86 tackles, 9 sacks, 4 forced fumbles and an interception.