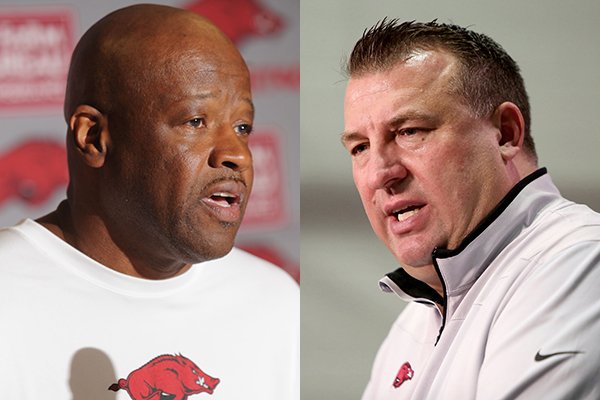 FAYETTEVILLE — Arkansas' two highest profile coaches are due $175,000 in bonuses after the release of the NCAA's Academic Progress Report on Wednesday.

Razorbacks basketball coach Mike Anderson is due $100,000 and football coach Bret Bielema is due $75,000, per terms of their contracts, which include academic incentive bonuses.

Arkansas' basketball team had a perfect APR score of 1,000 in 2015-16 - the latest reporting period - while the football team had a score of 981. APR is a calculation based on athletes remaining eligible each semester.

Anderson and Bielema also can receive up to $100,000 each in bonuses for the graduation success rate scores released later this year.

Academic incentives are not nearly as lucrative for coaches of non-revenue sports. For instance, Arkansas baseball coach Dave Van Horn earned a $5,000 bonus for his team's APR score of 990.