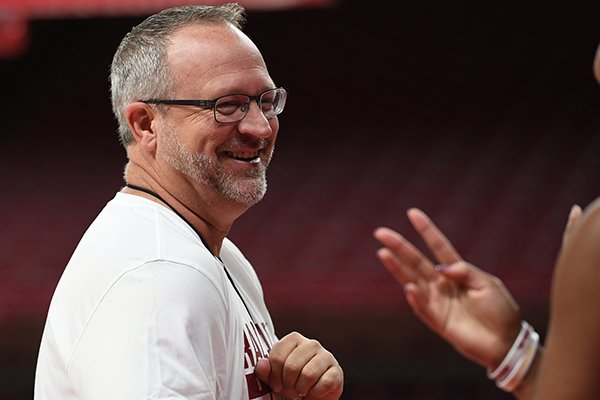 Devin Cosper scored 17 points and had 12 rebounds in Arkansas' 65-54 win over Sam Houston State on Friday at Bud Walton Arena.

The Razorbacks won their first game under first-year coach Mike Neighbors, who was hired in April to replace Jimmy Dykes. Neighbors, who coached Washington for four seasons prior to coming to Arkansas, won his 99th career game.

Sam Houston State led 28-23 at halftime, but the Razorbacks opened the second half on a 15-0 run to take the lead for good. Arkansas made 15 of 32 field goal attempts in the second half, including seven 3-pointers.

Malica Monk had 18 points, 4 steals and 4 rebounds for Arkansas.

The Razorbacks are scheduled to host Samford on Sunday at 1 p.m.