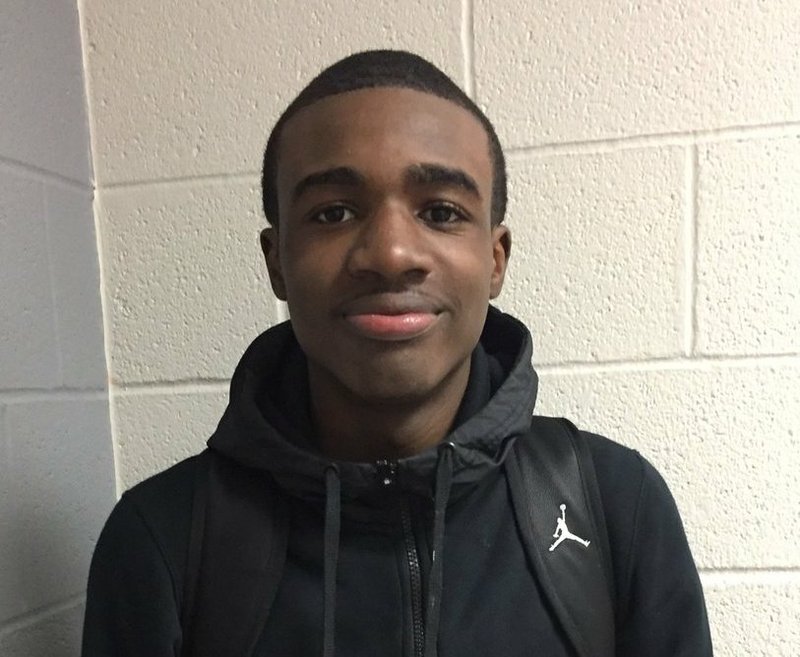 The Pangos All-South Frosh/ Soph Camp was held in Lewisville, Texas, over the weekend, but the state of Arkansas was on the lips of many of the observers.

Basketball Channel analyst Van Coleman, who's been covering the national scene for 40 years, said players from the Natural State were the talk of the camp.

"It was a great weekend for Arkansas," Coleman said. "All during the weekend, this is the one key, we're in Texas and in Texas they like to talk about Texas kids all weekend long. Every time I was around somebody they always said 'Man, there are a lot of good Arkansas kids here'."

The camp featured 208 of the top freshmen and sophomores in the region. Six Arkansans made the top 30 of the camp that led a team of Arkansas, Oklahoma, Louisiana and Tennessee to an 81-74 victory over a team from Texas in the Cream of the Crop Top 30 Game.

Doakes received a scholarship offer from Florida on Wednesday to go along with ones from SMU, TCU, Texas A&M, Southern Mississippi and Abilene Christian.

Coleman usually skips All Star games at such events, but having a late flight allowed him to watch an intense contest that many referred to as Texas versus Arkansas.

"It was the most competitive all star game I've seen in the last decade," Coleman said. "Usually, I like to leave before all star games because they're so bad. From the time it started to the time it ended like they were playing for a championship."

Coleman said Doakes and Bryant sophomore point guard Khalen 'KK' Robinson, 6-0, 160, controlled the tempo of the game and held off the Texas team after leading 39-35 at halftime.

"Here's a kid that has a chance to be a point guard at the highest levels of the game," said Coleman of Robinson, who's drawing interest from Arkansas. "He showed he can score when needed. He's a tremendous ball handler, creative and an excellent passer."

One of the top performers of the camp was West Memphis sophomore forward Chris Moore, 6-6, 200, with offers from Memphis, SMU, TCU, Southern Mississippi, Abilene Christian and Murray State.

"He's combo forward who's going to have to become a wing, but handles the ball well enough to become that," Coleman said. "There were a few times he had the oohs and ahhs from the crowd with some of the throwdowns that he made. He can absolutely can up there and throw it down."

North Little Rock sophomore guard Moses Moody, 6-5, 170, received an offer from Baylor while visiting Waco before the camp and has added Florida State and Oklahoma State in recent days to go along with offers from Arkansas and Oklahoma.

"Sunday he came to play and made big rebounds in the All Star game," Coleman said of Moody. "He didn't score a lot of points, but what he did do is he made plays and plays sometimes go unnoticed. He played at the level that would get high majors excited."

"He could play either guard," Coleman said. "He really handles the ball well in the open court."

"He can create on the break and a guy that can take off the glass and go end-to-end if he needs to," Coleman said. "He's the type player you always seem to need when you're playing at the higher levels."

"He's a solid point guard who distributes the ball well, shot it when needed," Coleman said. "I thought he had an excellent weekend."

Freshman guard Madison Peaster, 6-1, 170, of Mills made the top 60 of the camp, but Coleman believes he should've been included in the top 30.

"During the weekend he was one of the top younger kids in the camp," Coleman said. "Athletically, he can play at the highest level. If his game matures and shot matures, I think he'll be a guy a lot of the people talking about."

Arkansas women's basketball Coach Mike Neighbors and his staff will host two of the top junior prospects in the nation Saturday. Point guard Kennedy Tucker of North Little Rock and wing Jayla Hemingway of Germantown (Tenn.) Houston are expected to make their way to Fayetteville.

Prospectsnation.com rates Tucker the No. 24 prospect and Hemingway No. 12 nationally in the 2019 class.

Sophomore wing Sasha Goforth of Fayetteville has visited the Hogs during all football home games this season and also is expected to visit. She's the No. 12 prospect in the nation for her class.