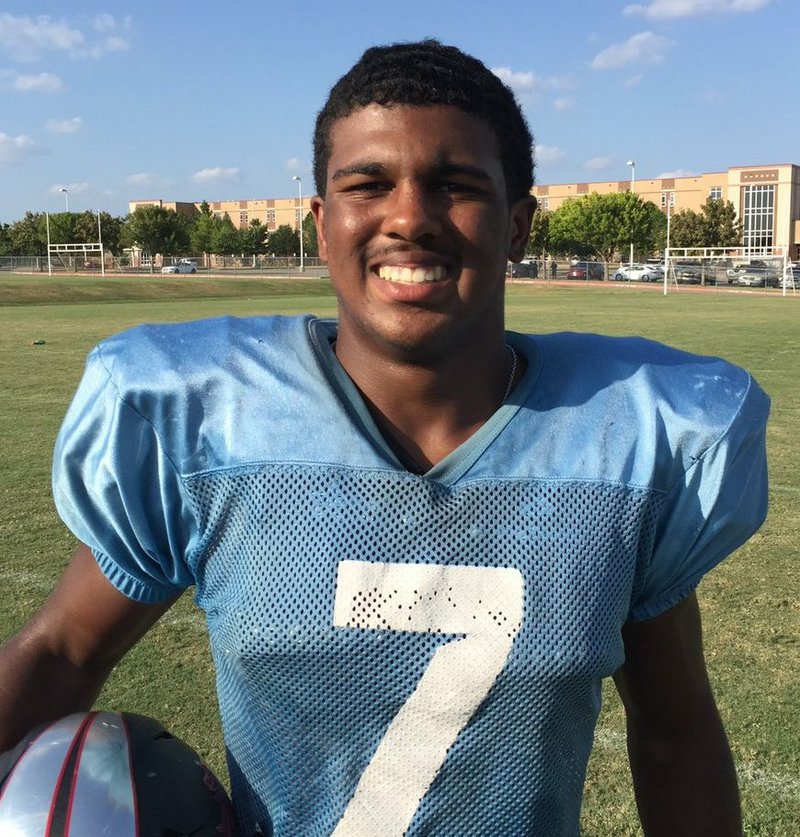 MANSFIELD, Texas -- Being that the Arkansas Razorbacks are the home team Saturday against Texas A&M in AT&T Stadium, the Hogs can invite recruits to the game, and one of the nation's top junior prospects plans to be there.

Safety Jalen Catalon, 5-10, 180 pounds, of Mansfield (Texas) Legacy said he'll be in the stands to watch the game along with numerous other prospects. ESPN rates him a 4-star recruit, the No. 7 safety and the No. 104 overall prospect in the nation for the 2019 class.

The Hogs extended a scholarship offer to Catalon on Sept. 1, the first day college coaches could contact junior prospects via Twitter. He also has 14 other offers from Clemson, Ohio State, Oklahoma, TCU and Stanford, among others.

Catalon was named The Associated Press' Class 5A Defensive Player of the Year and the Texas Sports Writers Association Class 5A Defensive MVP as a sophomore after recording 196 tackles, 10 interceptions, 7 tackles for loss, 7 pass breakups, 3 forced fumbles and a recovered fumble.

Former Razorbacks cornerback Tevin Mitchel, who attended Legacy prior to signing with Arkansas, has spoken well of the program.

"Tevin Mitchel went there when he was here, so he told me about it and how good it was," Catalon said. "I'm supposed to be at the game when they play A&M."

Catalon is trying to make his way to Fayetteville for a visit or game.

"I plan on going up there," Catalon said. "I told my dad about it. We're trying to sort it out. We're probably going to go up there during the summer. We might go up there for a game."

"He's really a great guy," Catalon said. "Good personality. ... You can basically tell him anything. I could tell right off the bat his personality is kind of easy going and funny. I could also tell he'll get after it."

Melson said the combination of athletic ability and high character make Catalon a step above others.

"I always tell my guys if you have great ability and talent, but to be a great person with that makes you special," Melson said. "I think that's Jalen all over. His personality, his heart, his care for his teammates really separates him from a kid that's really talented. I love the guy. I admire him and when I think about him I just have great thoughts about that kid for all he's done for this team and this program. He's a selfless guy."

Catalon, who also plays quarterback for Legacy, attributes his football IQ and instincts for his ability to make plays on defense.

He has a 3.7 grade-point average and is looking to study communication in college and go into broadcasting after his playing days.

"That would seem cool to do, if not, my back up would be nutrition," Catalon said. "Be like an athletic trainer just to stay into sports."