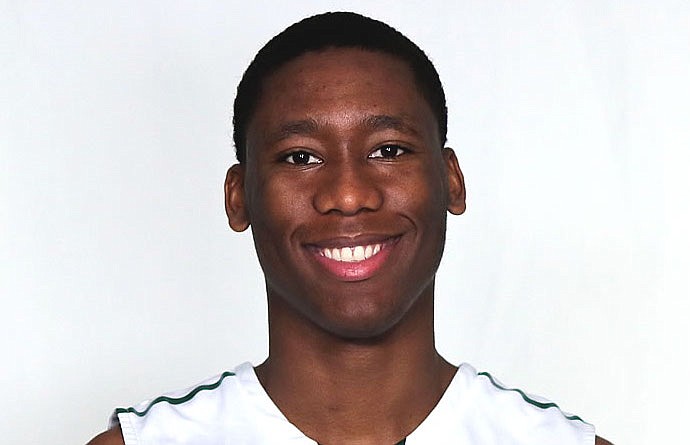 "...After a long talk and conversations with God and my family I am shutting down my recruitment and would like to announce that for my last 2 years of college I will be committing to the University of Cincinnati," Fredericks wrote.

Arkansas put its best foot forward this weekend for Motlow State Community College forward Rashawn Fredericks and won’t have to wait long to see how it did.

Fredericks (6-6, 198 pounds), a first-team junior college All-American this season after averaging 17.7 points and 10 rebounds, took his official visit to Fayetteville on Thursday through Saturday.

“The visit went great,” Fredericks said. “I enjoyed it all. The relationship with the coaching staff was there. But I’m still not making a decision until next week. It will be a really tough decision to make.”

Fredericks’ choice is expected to be either Arkansas or Cincinnati.

The Virgins Islands native has now taken official visits to Arkansas, Cincinnati, South Florida and North Texas, where he committed last summer before de-committing in October when he began to get more recruiting attention.

Fredericks noted before his trip to Arkansas that he was down to and Cincinnati and the Razorbacks, whose coaches impressed him with their honesty.

“The fact that they was real with me and I knew they were because the players were told me the the exact same thing,” Fredericks said.

He got along well the current Razorbacks.

“Pretty great,” Fredericks said. “They were really cool and they all got along well…I just think overall everything was pretty great.”