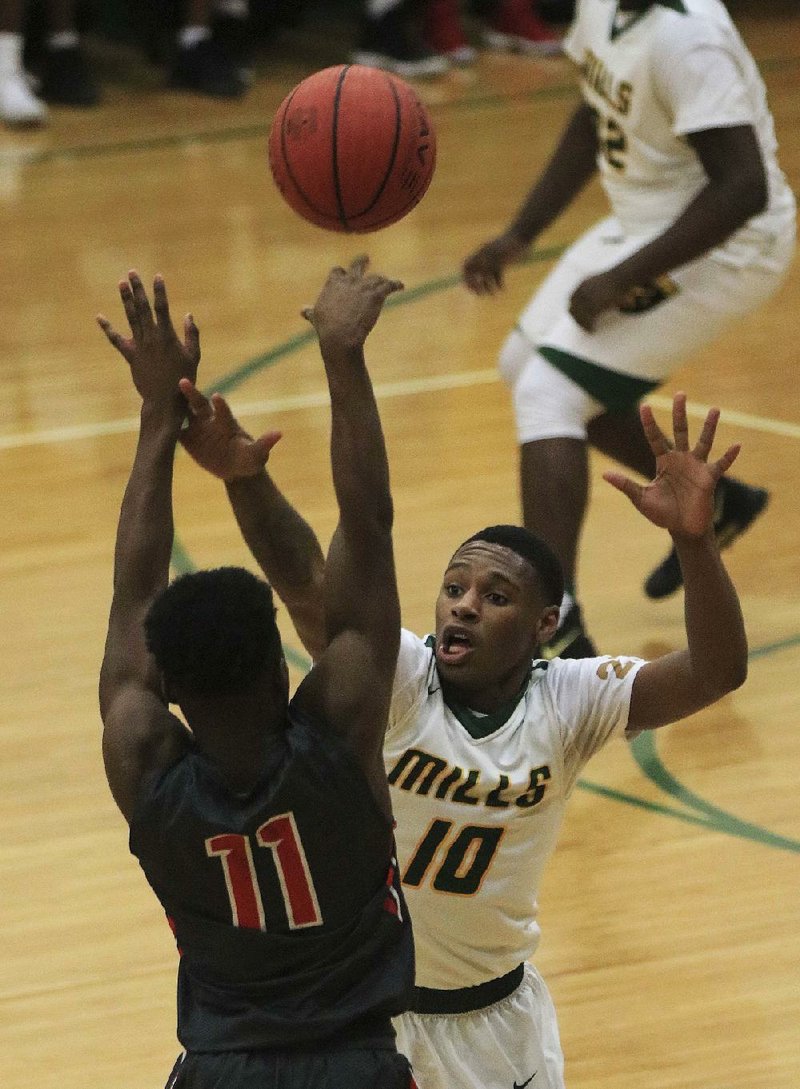 Madison Peaster (10) of Mills tries to guard White Hall’s Tylin Walker as Walker takes a shot during the Comets’ 85-46 victory over the Bulldogs on Tuesday.

“Madison is probably the one kid that’s the closest to being college ready,” said Hawks chairman Bill Ingram.

Peaster, 6-1, 170 pounds, averaged 8 points, 5 assists and 2 steals for Little Rock Mills as a freshman while helping the Comets to a 29-3 record and Class 5A state runner-up finish.

He played up for the 17-under Hawks at the FAB 48 Invitational Showcase game last week.

“He took us to another level, and being able to bring him in to spell Justice (Hill) and Mackie (Issac McBride),” Ingram said. “We could’ve used him this year, but we didn't want to take him away from the 15-year-old team because he meant so much to that group.”

Arkansas, Kansas, Florida State and UCLA are showing early interest in Peaster. Basketball is in his blood as his father played at Iowa from 1990-1992.

Peaster has the ability to take over a game on offense and defense, but is also very unselfish and team first.

“I can dish the ball a lot,” Peaster said. “I don’t try and score a lot. I just give my teammates the ball and the game.”

Thanks to his father, he has learned to play with a lot of confidence.

Arkansas coach Mike Anderson and his staff were regulars at the Hawks' games in Las Vegas.

“Really exciting that he’s watching me play,” Peaster said. “I’m trying to get an offer from them.”