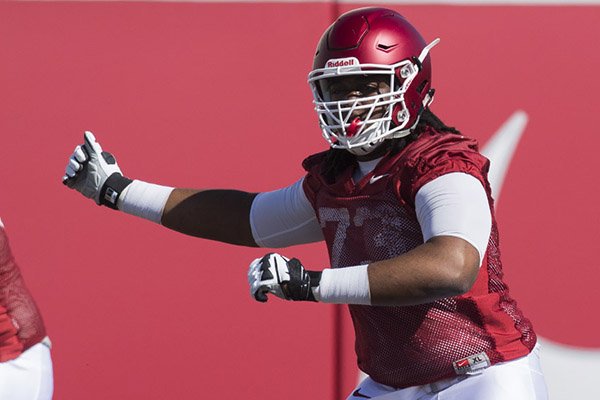 Malone underwent season-ending surgery Monday night after injuring his knee during a pass rush drill in practice earlier in the day.

"It's unfortunate and in an area we were already struggling with a little bit of depth issues," Morris said. "But again, that's why they call it coaching. We will continue to develop and bring guys along."

Malone redshirted the 2016 season after transferring from Northwest (Miss.) Community College, but an NCAA rule change adopted earlier this year allows a sixth year of eligibility for players who were forced to miss multiple seasons because of a voluntary redshirt and a medical redshirt season. Morris said he will look into Malone's eligibility situation "down the road."

The Razorbacks have 11 available scholarship offensive linemen, including Dylan Hays and Jalen Merrick, who have sat out most of preseason practice with what are believed to be minor injuries.