Kelly Bryant to transfer to Missouri 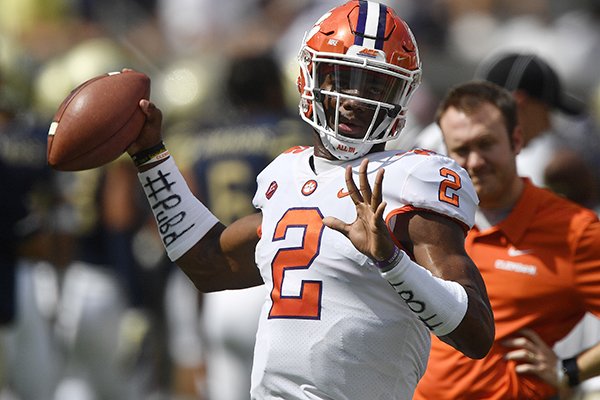 Clemson quarterback Kelly Bryant (2) warms up before the first half of an NCAA college football game between Georgia Tech and Clemson, Saturday, Sept. 22, 2018, in Atlanta. (AP Photo/Mike Stewart)

Former Clemson quarterback Kelly Bryant has announced he will transfer to Missouri.

He announced he was transferring from Clemson after losing his starting job to freshman Trevor Lawrence four games into this season.

Arkansas could now look at other graduate transfers and the junior college ranks for another quarterback.

Arkansas' offense averaged 335.7 yards game and finished 13th in the SEC in total offense with Tennessee being last.

The Hogs ranked 117th in the nation in total offense during its 2-10 season.