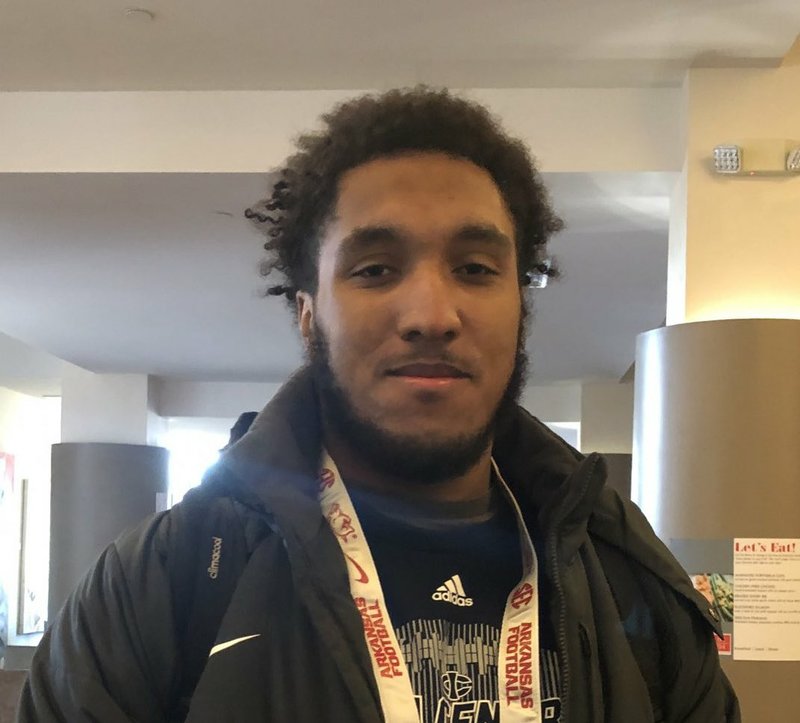 FAYETTEVILLE — Arkansas’ need for offensive linemen is well documented and the Hogs were hoping to make a strong impression on highly recruited junior college offensive lineman Myron Cunningham this weekend, and it appears they did.

The trip to Fayetteville with his father seems to have boosted the Hogs’ chances.

“Yeah, definitely because out of all the schools that are recruiting me they’re definitely really the only one that has really done that throughout the whole process and that definitely has some weight in my decision,” he said.

Cunningham, who plans to be an early enrollee, said he and offensive line coach Dustin Fry have created a solid bond.

“I actually like coach Fry a lot,” Cunningham said. “He’s a pretty cool guy. He’s a young guy, but I feel like we connected pretty good. He’s telling me I would have the opportunity to come in and play right away at the left tackle spot so, I’m liking it. Like I said, he’s a cool guy. I’m looking forward to it.”

He officially visited Oklahoma on Nov. 16. Cunningham will decide between the Sooners and the Hogs.

“Right now, the only schools I’m considering, just here and Oklahoma,” he said. “I feel like Arkansas definitely with the visit they definitely put a good shot in for themselves.”

It appears Arkansas has a connection advantage over Oklahoma.

“Probably just like the connection with the coaches and players here,” Cunningham said. “Just the environment and stuff like that.”