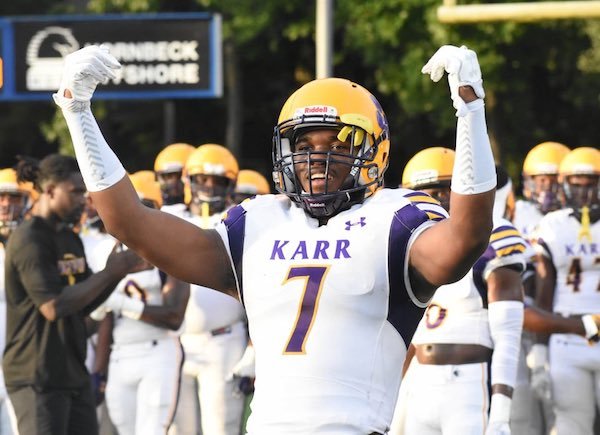 Highly recruited cornerback and University of Arkansas commitment Devin Bush has signed with the Hogs on Friday, the last day of the early signing period.

He committed to Arkansas on Nov. 11 during an official visit to Fayetteville, but appeared to be waiting to sign in February.

Bush, 6-0, 187 pounds, of New Orleans Edna Karr, had reported scholarship offers from Arkansas, Virginia, LSU, Oklahoma, Clemson, Florida, Tennessee, Auburn, Georgia, Florida State and numerous others. He initially planned to enroll in January, but will wait to report in the summer.

ESPN rates him a 4-star prospect, the No. 16 cornerback and No. 219 overall prospect in the nation. Cornerbacks coach Mark Smith and safeties coach Ron Cooper recruited Bush.

“I’ve seen Devin since his freshman year because I go by Karr High School every year,” Lemming said. “He’s a cover corner. He’s got length and he’s also got the confidence I like to see in a ball player. Very impressed with him on film. He’s another guy I think will play right away as a true freshman.”

Bush is the third defensive back to ink with the Hogs. Highly recruited cornerback Adonis Otey of Blackman High School in Murfreesboro, Tenn., is committed to the Hogs, but plans to sign in February.