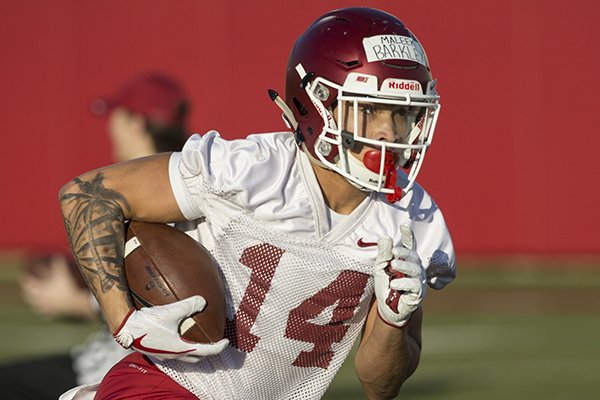 In a note on his Twitter account, Barkley committed to Montana State, a Football Championship Subdivision program that competes in the Big Sky Conference. Barkley announced his intention to transfer from Arkansas on June 14 after redshirting during his freshman season.

In February, Chad Morris said Barkley had been moved from running back to wide receiver. Barkley was a consensus three-star prospect out of Austin (Texas) Lake Travis High School and evaluated as a top 100 receiver by 247Sports and ESPN.

Barkley is the fifth scholarship player to transfer since the end of Arkansas’ spring practice. Jake Hall announced last month that he will transfer to SMU under the NCAA’s graduate exemption. Tight end Will Gragg is transferring to Pittsburgh and Reid Miller is going to Montana. Korey Hernandez is transferring to Iowa Western.

On June 8, receiver Kofi Boateng, who did not play in two seasons with the Razorbacks, also announced he will step away from football. He missed the 2016 season after suffering a torn ACL during preseason practice. It is unclear when he suffered a second injury.