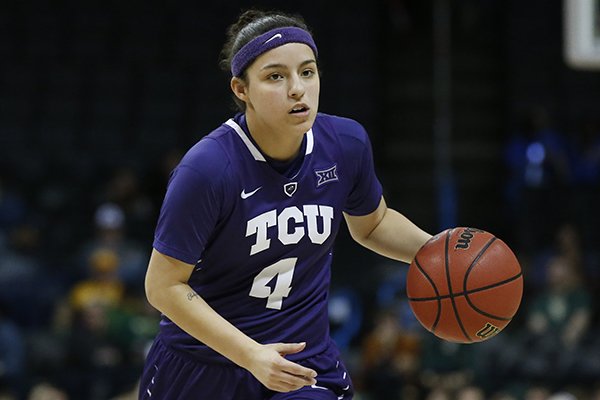 TCU guard Amber Ramirez (4) in the second half of an NCAA college basketball game against Baylor in the semifinals of the women's Big 12 conference tournament in Oklahoma City, Sunday, March 4, 2018. (AP Photo/Sue Ogrocki)

Ramirez (5-8) was an ESPN 5-star prospect coming out of San Antonio Wagner High School in 2016 and played in the McDonald's All-American Game. ESPN rated her the No. 2 guard and No. 11 overall prospect in nation.

She averaged 26 points, 3.0 assists, 5.0 rebounds and 2.5 steals as a senior and finished her career with 2,769 points, the second-most in San Antonio city history.

Ramirez was a semifinalist for the Naismith High School Player of the Year and a third team Naismith All-America as a senior. She helped lead USA Basketball to a gold and silver medal in the summer of 2016.