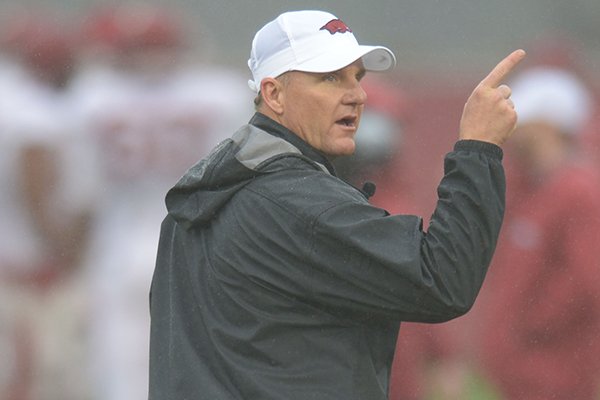 Arkansas coach Chad Morris speaks with players Wednesday, March 28, 2018, during practice at the university's practice facility on campus in Fayetteville.

Sophomore safety Darius Snow, who has a scholarship offer from Arkansas, joined Recruiting Thursday to discuss his interest in the Hogs and recent talk with cornerbacks coach Mark Smith.

Snow, 6-2, 215 of Hebron High School in Carrollton, Texas also has offers from Alabama, Baylor, Georgia, Texas, Michigan State and others. His father, Eric played point guard for Michigan State and then went on to play from 1995 to 2008 in the NBA.

His discussed his father's thoughts on the recruiting process along with other insight he's received from him. Snow also spoke about his plans for life after football.